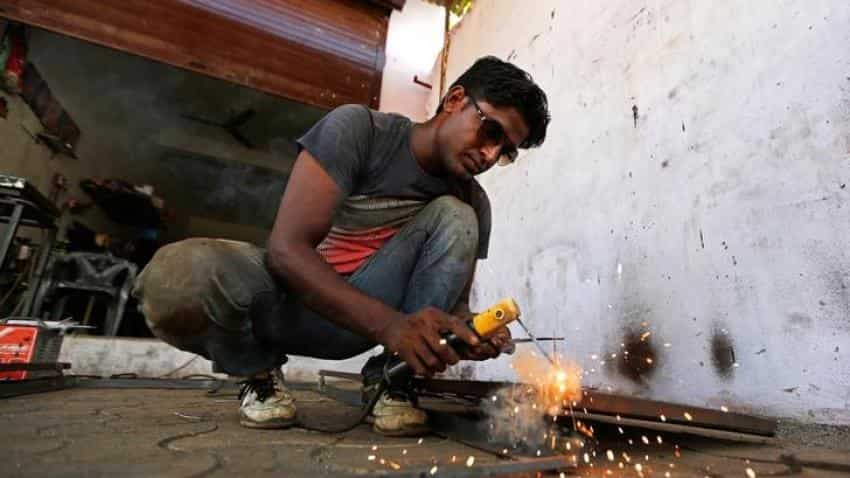 The latest reading in Indian Manufacturing PMI data for October was indicative of a robust improvement in manufacturing business conditions that was in line with the long-run series average, it said. Representational Image Image Source: Reuters

Nikkei India manufacturing Purchasing Managers' Index (PMI) has risen to a 22-month high in October on the back of sharp increase in new orders, purchasing activity and output.

The country's manufacturing PMI has grown to 54.4 in October as against 52.1 in September, IHS Markit said in a press release on Tuesday.  A reading above 50 indicates expansion and less than 50 signals contraction.

“October data provide positive news for India’s economy, as manufacturing output and new orders expanded at the fastest rates in 46 and 22 months, respectively," IHS Markit economist and author of the report Pollyanna De Lima, said in a release.

The latest reading in Indian manufacturing PMI data for October was indicative of a robust improvement in manufacturing business conditions that was in line with the long-run series average, it said.

“The sector looks to be building on the foundation of the implied pick-up in growth in the previous quarter. Supporting this was the Reserve Bank of India's (RBI) monetary policy committee (MPC) announcement of a further 25 basis point reduction in its policy rate to 6.25%," De Lima said.

The extended easing cycle, however, brought upside risks to inflation, with manufacturers seeing purchase costs rising at the quickest pace in over two years. Part of the increase in cost burdens was passed on to consumers by way of higher selling prices, which is likely to continue on an upward trend as we head towards the year end, De Lima added.

The output  in October has risen for the tenth straight month and at the quickest rate in nearly four years. According to IHS Markit Indian manfacturing PMI survey respondents, the latest rise in production was due to strong growth of new orders.

“Nevertheless, the breadth of the upturn in manufacturing should assist in its sustainability. Although the consumer goods sector again outperformed its intermediate and investment goods peers, all three sectors reported strong and accelerated growth in October. The domestic market was the prime source of new business gains, but let’s not forget that there is also a robust export component in these positive numbers,” cited De Lima.