​With Cyclone Fani expected to hit the Odisha coast on Friday, operations of many airlines are expected to be effected. Premium airline Vistara is offering change and waiving of cancellation fee for Bhubaneswar and Kolkata flights for travel between May 2, 2019, and May 5, 2018. 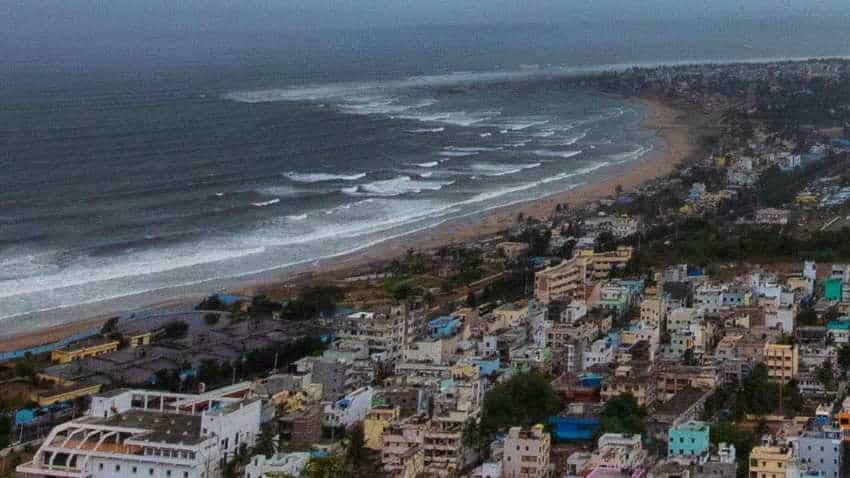 All authorities concerned have been alerted so that they are ready to deal with cyclone Fani, Civil Aviation Minister Suresh Prabhu said Thursday. Source - Reuters.

The cyclone had intensified into 'extremely severe cyclonic storm' and was located around 450 km from Puri in Odisha, 260 km from Andhra Pradesh's Vishakhapatnam and 700 km from Digha in West Bengal at 5:30 on Thursday morning. It is likely to cross Odisha coast between Gopalpur and Chandbali, near Puri on Friday (May 3) afternoon, with a maximum speed of 170- 180 Kmph gusting to 200 Kmph.

All authorities concerned have been alerted so that they are ready to deal with cyclone Fani, Civil Aviation Minister Suresh Prabhu said Thursday. "Alerted all concerned to be ready to deal with Cyclone Fani. Airport Authority of India issued alert to all coastal airports to ensure all precautions, SOPs (standard operating procedures) put in place immediately," Prabhu tweeted. The Airports Authority of India owns and manages more than 100 airports across India. The Union minister said that the situation would be monitored at highest level.

"Airlines and all others to be fully ready," he added.

Apart from this, people living in low-lying and vulnerable areas of coastal districts are also being shifted to safe places such as 880 cyclone centres, school and college buildings and other structures. Special Relief Commissioner (SRC) BP Sethi confirmed that this is the largest-ever evacuation operation in the country with as many as 8 lakh people being moved. At least 14 Odisha districts - Puri, Jagatsinghpur, Kendrapara, Balasore, Bhadrak, Ganjam, Khurda, Jajpur, Nayagarh, Cuttack, Gajapati, Mayurbhanj, Dhenkanal and Keonjhar - are likely to bear the brunt of the cyclone, which is also likely to impact Andhra Pradesh, Tamil Nadu and West Bengal.

The state chief minister Naveen Patnaik also reviewed the preparedness on Wednesday evening and said that there was a need to give special attention to pregnant women, children, elderly people and differently-abled persons. Arrangements have been made to start free kitchens to provide cooked food to the evacuees, the SRC said.

Navy, Air Force, Army and Coast Guard have been put on high alert to meet any eventuality. Personnel of National Disaster Response Force (NDRF), Odisha Disaster Rapid Action Force (ODRAF) and fire service have been sent to vulnerable areas to assist the administration.