Losses to crops, property and vehicles amount to nearly Rs 3,500 crore in the wake of the cyclone `Fani` that battered Odisha, according to an assessment by a public general insurance company. 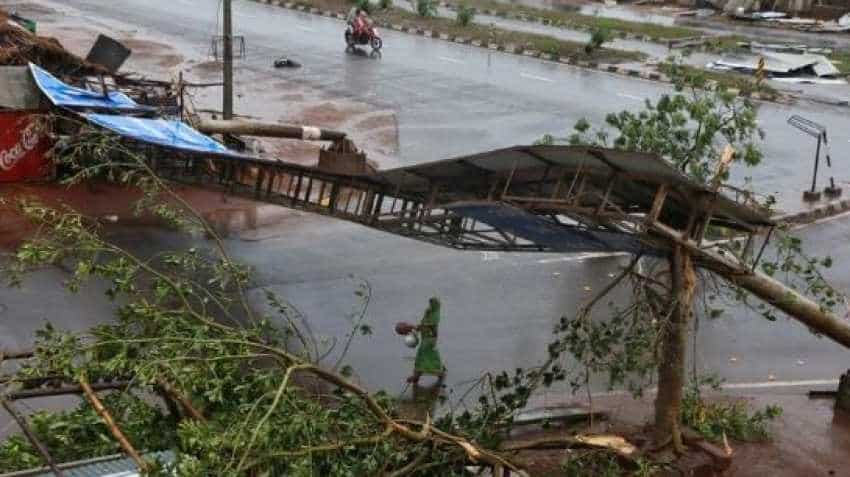 The regulator wants insurers to report claims settled for cyclone-related deaths in Odisha and neighbouring states on a daily basis. Reuters

Losses to crops, property and vehicles amount to nearly Rs 3,500 crore in the wake of the cyclone `Fani` that battered Odisha, according to an assessment by a public general insurance company. Insurers said that it was a short period cyclone and so the damages may remain at this level. The insurers are bracing up to process insurance claims after the cyclone left a trail of destruction in parts of Odisha. The Insurance Regulatory and Development Authority of India (IRDAI) has asked companies to expedite the claims so that relief can be provided quickly. The regulator wants insurers to report claims settled for cyclone-related deaths in Odisha and neighbouring states on a daily basis.

Several insurers pointed out that assessing the exact extent of damage from the cyclone will take some time but damage to crops, factories and building structures could well be over Rs 2,000 crore as per initial calculations. IRDAI on Tuesday asked firms to extend every possible facilitation in quick and timely settlement of life insurance claims relating to the cyclone. In 2018, insurance companies received claims of about Rs 3,500 crore after the Kerala floods with majority of claims coming from the motor insurance segment since several cars and bikes were submerged in water for days on end after rains lashed the state in July and August 2018.

Insurance claims from natural disasters have seen a big jump in recent times. In the past five years, cyclones including `Hudhud` and `Phailin` as well as flash floods in Uttarakhand have led to almost Rs 20,000 crore in insurance claims. Cyclone Fani has resulted in immense loss to property and to some extent lives in Odisha and neighbouring states. Among the worst hit towns are Bhubaneshwar and Puri. All insurance companies, both public and private, have been asked to follow the regulator`s steps to settle claims that include initiating immediate action to ensure that all reported claims are registered and eligible claims are settled expeditiously.

With regard to claims involving loss of life, where difficulty is experienced in obtaining a death certificate due to non-recovery of bodies and other reasons, the process followed in the case of Chennai floods in 2015 may be considered, IRDAI said. A suitably simplified procedure including relaxations in the usual requirements wherever feasible may be considered to expedite claim settlements. Moreover, details of offices/special camps set up for the purpose may be publicised in the media to enable immediate filing of claims, it said.