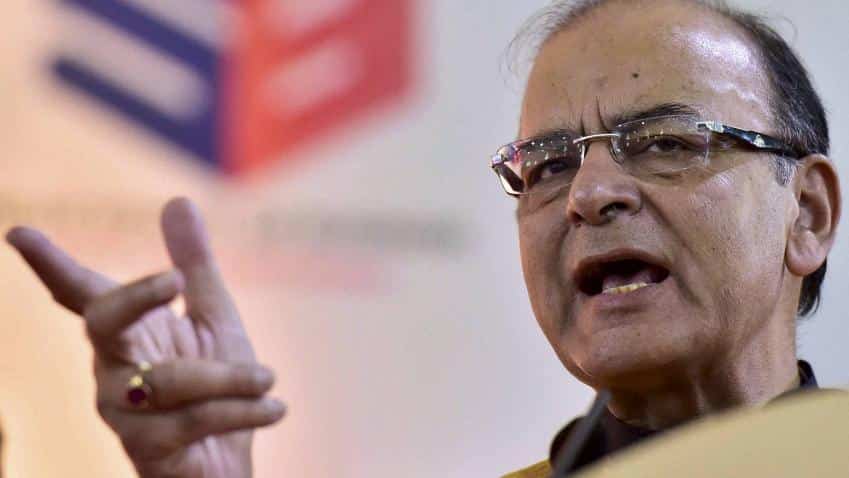 Finance Minister Arun Jaitley called for a larger economic and trade cooperation including in goods and services amongst the BRICS nations. Jaitley was speaking at the International Arbitration in BRICS, in New Delhi

Jaitley called for the setting up of a task force of experts and officers to build world class arbitration centres, and for achieving higher growth in the globally challenging environment.

Jaitley also talked about the need for free but fair trade among the economies.

“…the Union Finance Minister Shri Jaitley also called for not only free trade but also fair trade," a statement from the government said.

Jaitley said there was a need for a credible international dispute resolution mechanism among the BRICS countries to resolve all trade-related issues among them, and an effective system to quickly implement the arbitration awards,” the Ministry of Finance said, in a statement.

Jaitley said that once this mechanism was set up, it could be extended non-BRICS nations too. he said that the BRICS member countries should have a pool of international level arbitrators and arbitration lawyers, amongst others.

The one day Conference was jointly organized by the Department of Economic Affairs, Ministry of Finance, Government of India along with the Federation of Indian Chambers of Commerce & Industry (FICCI) and Indian Council of Arbitration (ICA).

Amongst the issues raised by the nations were,

•             Legal framework in BRICS countries on domestic and international arbitration;

•             BRICS countries’ experience in handling arbitration including requirements for reference to arbitrations; and

•             Brief introduction on investment agreements and dispute resolution mechanism under them.