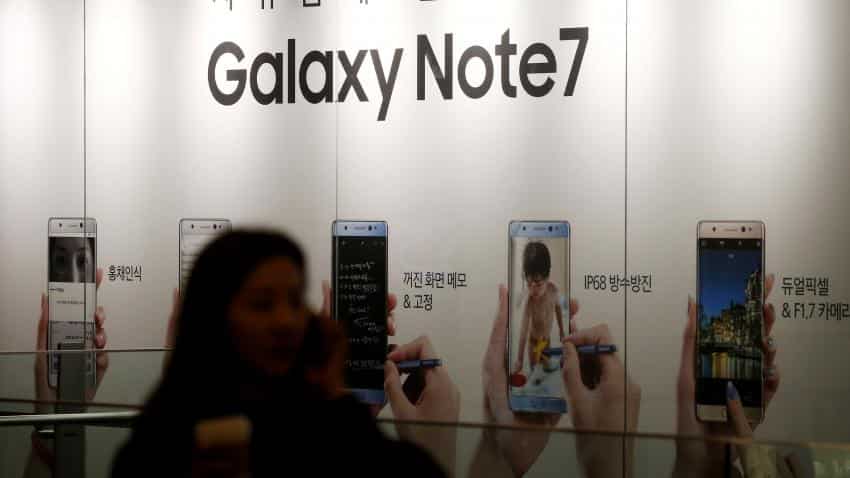 A woman walks past a Galaxy Note 7 poster. Photo: Reuters

Samsung's smartphone sales fell 14.2% in the third quarter, its worst ever, Gartner said.

“The decision to withdraw the Galaxy Note 7 was correct, but the damage to Samsung's brand will make it harder for the company to increase its smartphone sales in the short term,” said Anshul Gupta, research director at Gartner.

Competitor Apple Inc too has seen a fall in sales during the third quarter despite the launch of their latest iPhone 7. The report said that the iPhone 7 struggled to stimulate replacement sales.

Apple's iPhone sales declined by 6.6% in Q3. Apple accounted for 11.5% of the global smartphone market, its lowest share since the first quarter of 2009.

However, Chinese smartphone manufacturers continued their growth run in the third quarter and continued to reduce the distance between the big two Apple and Samsung.

Huawei, Oppo and BBK Communication Equipment together accounted for 21% of the smartphones sold to end users worldwide in the third quarter of 2016. They were the only smartphone vendors in the global top five to increase their sales and market share during the quarter, according to Gartner.

“Highly competitive and feature-packed Honor devices maintained their sales momentum in markets around the world, with expansion into Europe and the US likely to help Huawei record another year of promising growth,” said the report.

BBK Communication Equipment saw an even larger growth in sales as its market share grew to 5.3% from 29% last year.