With a halt in production of the Galaxy Note 7 the estimate of the overall Samsung Galaxy smartphone shipments is lowered by at least 3.5 million units during the October – December period. 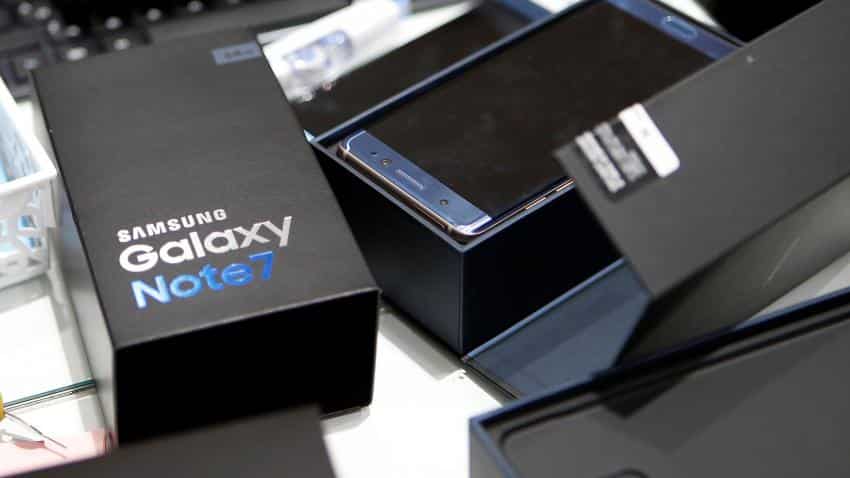 Samsung's decision to halt the production of Galaxy Note 7 and its recall due the defective batteries has been a huge blow for the largest smartphone producer globally. This is expected to have caused considerable damage to its balance sheet as the company had revised its operating profits for the third quarter down to $4.7 billion (KRW 5.2 trillion) from $7.1 billion (KRW 7.8 trillion).

However, with a halt in production of the Galaxy Note 7 the estimate of the overall Samsung Galaxy smartphone shipments is lowered by at least 3.5 million units during the October – December period,the report said.

“This translates to an overall $5 billion loss for the company if it does not introduce any other replacement smartphone for the Galaxy Note 7 during that period,” said Neil Shah, Reseach Director at Counterpoint Research. He further added that although Samsung has decided to halt the production of the Galaxy Note 7, it does not mean that it could not bring it back in the form of another model or version, as they have the capability to make the required changes to bring it back.

However, the question remains whether the impact of the Note 7 will be felt on the Galaxy S7 and S7 Edge or the rest of the Samsung's smartphone line.

Anshul Gupta, Research Director at Gartner said, “The impact maybe not directly for Galaxy S7 and Galaxy S7 Edge but there will be some weakness in demand felt for Samsung across the entire range of devices. It will be more in the top-end segment and maybe felt in the mid level of smartphones.We expect to see a 7-8% decline in demand for Samsung smartphones in Q3.”

He added that there is a reputation damage that Samsung has seen but does not see any long-term repercussions on the brand.

Similarly, Shah says that the overall impact on the brand will not be much in India and is more pronounced in the US as most dealers in India are entrenched with selling Samsung phones and their customer service is much better.

Shah says that the premium smartphone sales, that is the over Rs 45,000 category, accounts for only 3-4% of the entire smartphone sales market, which is 1 to 1.5 million. “Samsung is the No.1 in terms of value share and value share is what is important. It has phones across all price points and will continue to sell in India as the average consumers are not looking to buy the Note 7,” he said.

Even Moody's in a recent report said that Samsung says that its strong financial profile continues to support its A1 senior unsecured rating and a stable outlook.

These analysts agree that Samsung by handling the situation in a better manner and by halting the production has helped the brand in saving its reputation.

While Apple with the launch of its iPhone 7 will look to take advantage of the absence of the Galaxy Note 7 in the category, it will have to look again as other Andoid brands are fast moving in.

“There are die hard Android fans and in the absence of the Galaxy Note 7 in the segment many may choose other Android phone makers such as Google's Pixel or Huawei,” said Gupta.