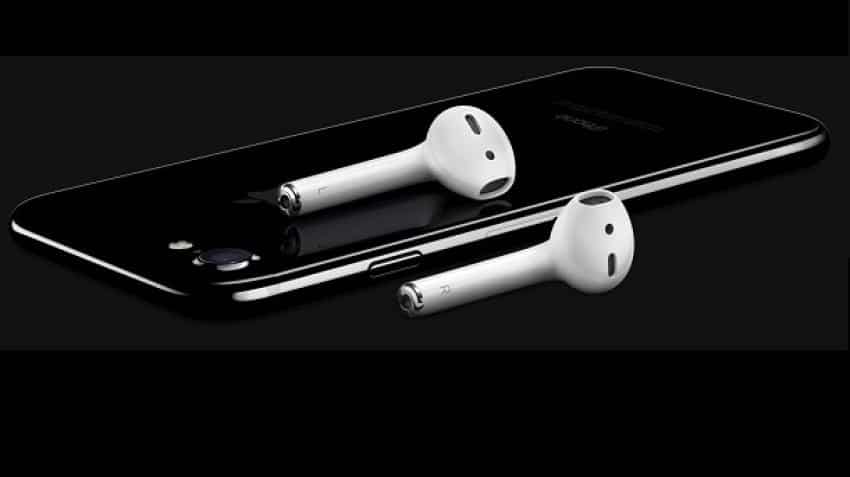 Its cost to produce a single unit of its cheapest model of the iPhone 7 is approximately 70% less than its selling price. Image Source: Official website

Apple spends a lot less to produce its cheapest iPhone 7 model in comparison to its selling price.

A recent report released by IHS market made many news agencies break stories that said Apple’s iPhone 7 is more expensive to make.

However its cost to produce a single unit of its cheapest model of the iPhone 7 is approximately 70% less than its selling price.

According to a report by Statista, the cost of making one iPhone 7 is $224.80, excluding research and development cost and cost for marketing.

Now this is definitely the most Apple has ever spent to make an iPhone as its previous models of the iPhone 6s amounted to $211.50 which was the highest so far.

However, the report by Statista showed that Apple used to spend a higher margin on producing iPhones in the years 2011 and 2012 as opposed to the phones produced by them lately.

Apple iPhone 7 was released for sale last week in the US market with its unsubsidised 32 GB model being sold for a price of $ 649.

Although majority of the iPhone features remain the same in this new variant of the iPhone it also has high-resolution cameras and no headphone jack with AirPods sold separately for Rs 15,400.

Zee Business looked at the manufacturing cost of the iPhones as presented by Statista along with the launch prices of each iPhone model since 2011 begining with the iPhone 4 s. And the price discrepancy between producing the phone and its selling price is a lot. 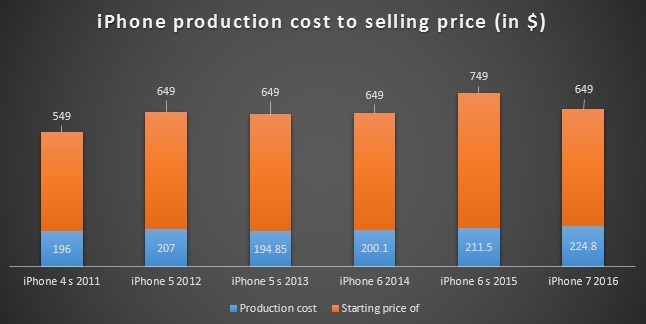 In an earlier report Zee Business reported despite Apple’s move to slash the prices of its earlier variants – iPhone 6 and 6s Plus in India by Rs 22,000 they are still more expensive than Samsung Galaxy S7, Sony Xperia Z5 and Nexus 6P.

Even the price of a good Laptop brand like Lenovo ThinkPad T450s or the Sony Vaio Pro 13 Touch is currently cheaper than the cheapest iPhone 7 model.