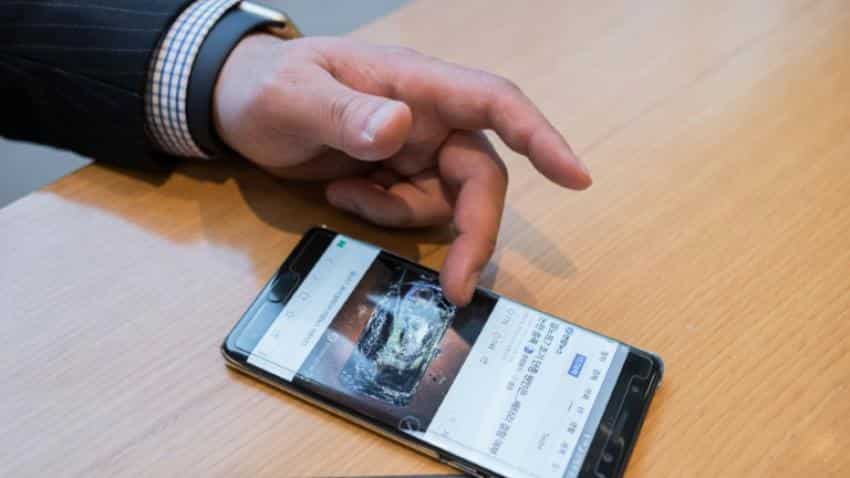 "We will offer full compensation for remaining inventories of Note 7 components among our suppliers," the firm said in a statement. Image Source: AFP
Written By: AFP
RELATED NEWS

Samsung Electronics said on Tuesday it would compensate suppliers hit by the decision to scrap its Galaxy Note 7 smartphones because of safety fears with exploding batteries.

The South Korean electronics giant announced a week ago that it was discontinuing the Note 7 after a chaotic recall that saw replacement phones also catching fire.

Samsung said the affair would cost the company an estimated $5.3 billion (nearly Rs 35,259.6 crore) in lost profits over the three quarters beginning July.

The crisis also hit its numerous suppliers -- who produce everything from camera modules to casings -- with their losses estimated at up to $1.7 billion (nearly Rs 11,309.7 crore).

"We will offer full compensation for remaining inventories of Note 7 components among our suppliers," the firm said in a statement.

"We feel sorry for causing concern among our suppliers due to discontinuation of the Galaxy Note 7...we will complete the compensation quickly to minimise difficulty faced by them," it said.

The statement provided no specific figures, but said the payout would be calculated according to the different suppliers' inventory volumes.

Given the Samsung Group's stature within Asia's fourth-largest economy -- it accounts for around 17% of gross domestic product (GDP) -- the Note 7 debacle has had a national impact.

The Central Bank of Korea said it had taken the crisis into consideration when it trimmed South Korea's 2017 growth outlook to 2.8% last week from its previous 2.9% forecast.