With eyes on the Indian market, both Netflix and Amazon Prime Video pump in money to attract local content creators. 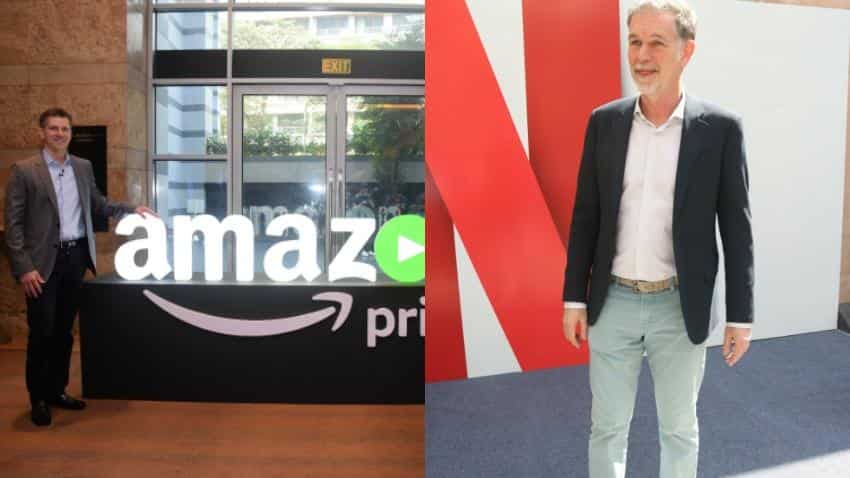 To gain an edge the video-on-demand (VOD) market in India, US-based Amazon Prime Video and Netflix has set aside Rs 2,000 crore each for acquiring content to attract customers, according to a Live Mint report.

This is mainly due to the aggressive pricing strategy of Amazon Prime Video that offers its annual subscription for just Rs 499 as against Netflix's Rs 500 per month for the basic package. Besides the pricing, Amazon Prime Video services are clubbed with Amazon Prime membership and so essentially it is an add on to many customers in India.

Keeping aside who has more subscribers, it is clear that both these players are serious about the Indian market and are betting big on it. With Rs 2,000 crore put in by Amazon Video Prime and Netflix into the market, the hunt is on to gather more content creators onto their platform.

Netflix has signed partnerships with Shahrukh Khan's Red Chillies Entertainment and Viacom 18 Motion Pictures for the movie productions to be streamed on the platform. Amazon Prime Video, on the other hand, has signed several deals with production houses in India such as Yash Raj Films, Dharma Productions, T-Series, Shree Venkatesh Films, Everest Entertainment, V Creations and Dream Warrior Pictures.

An earlier report by Zeebiz saw how content creators on platforms such as YouTube too were being wooed by Netflix and Amazon Prime Video. Amazon Prime Video, as part of its India launch, partnered exclusively for original content with producers such as AIB, Equinox Features, Ritesh Sidhwani and Farhan Akhtar-led Excel Media & Entertainment, Phantom Films, Big Synergy, D2R Films, among others.

With nearly 300 million internet users in India which is growing at a fast pace due to cheaper mobile data availability, it is easy to see why India has become the biggest battle ground in the world for these players.

Besides this, there are other big international companies that could possibly enter India soon. YouTube has already launched YouTube TV in the US and could look to enter the Indian market soon. Even Facebook is looking to get into the fray with its own VOD service soon.