Reliance Jio hit back by saying the claims were "malicious, unfounded, ill-informed and frivolous" and have been made with "ulterior motive" of promoting vested interests of incumbent operators. 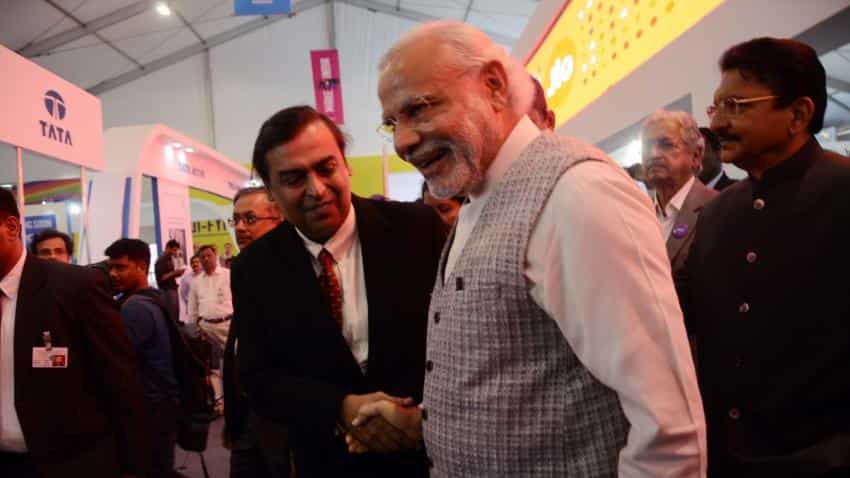 The battle between Reliance Jio and the Cellular Operators Authority of India (COAI) has intensified with both hitting out at each other. COAI which represents top telecom players such as Airtel and Vodafone on August 8 wrote a letter to the telecom secretary JS Deepak, saying that under the present licence conditions, the was no provision for the trials of free voice and data services for large numbers, and Jio was offering full-fledged services.

This was followed by Reliance Jio hitting back by saying the claims were "malicious, unfounded, ill-informed and frivolous" and have been made with "ulterior motive" of promoting vested interests of incumbent operators.

Apart from this, in a letter to COAI it said that the statements made by it were a “gross misrepresentation of facts” and threatened to take legal action against it.

Here is full text of the Reliance Jio's letter to COAI:

At the outset, please take on record Reliance Jio Infocomm Limited’s (“Reliance Jio”) protest against the gross and serious acts of breach of trust, fraudulent conduct, and gross misrepresentation of facts with wilful and deliberate intent to malign and damage the interests of Reliance Jio. Reliance Jio reserves all its rights to take any or all available legal recourse against COAI, including anyone who were parties to such acts, in their individual or other capacities.

Your mail captioned “Letter to be sent to Govt. on RIL Jio "Test Service” together with the attachments sent by you at 3:05 pm on August 22, 2016, states that “COAI expects to send to the respective government officials in the continuing matter of RIL Jios test program”, whereas it is evident that the said attachments were already submitted to the government officials as early as 12 50 pm, on August 22, 2016. Your email therefore is a blatant lie and a fraudulent act, inasmuch as Reliance Jio is being reached out to post facto, making it appear that the said attachments were actually not sent, as at the time of sending your email. Prior to your email, Reliance Jio was not contacted in any manner whatsoever, as regards the intent or the contents of your attached letters to receive its views or comments.

In any event, Reliance Jio being a core member of COAI ought to have been consulted and its comments and views duly considered as part of any representation that COAI intends to send to any government officials. Please refer to our letters No. RJIL/COAI/2016-17/412 dated August 12, 2016 and RJIL/COAI/2016-17/441 dated August 17, 2016 through which Reliance Jio had categorically brought to your notice that COAI cannot unilaterally decide on sending out any such representations without following due process. COAI’s act of sending the subject letters is yet another instance of abuse of process, which apart from being unethical also tantamount to breach of trust and gross violation of COAI’s stated process in this regard.

It flows from the above that COAI is deliberately and maliciously acting at the behest of and as a mouthpiece for certain specific incumbent dominant operators, having vested interest against Reliance Jio. It only evidences further COAI is openly promoting cartelisation in the guise of promoting the cause of the industry, while actually perpetrating anti competition practices and misguiding and misinforming the Government, Statutory Authorities and the consumers. You’re already aware that the incumbent dominant operators are themselves wilfully and deliberately in violation of the license conditions by restricting interconnection augmentation, MNP etc.

Be that as it may, the contents of the attachment are devoid of any merits and contains deliberate misstatements constituting misrepresentation of actual facts and are defamatory in nature.

Please be warned that COAI shall refrain from continuing the perpetration of above acts of misdeeds forthwith.