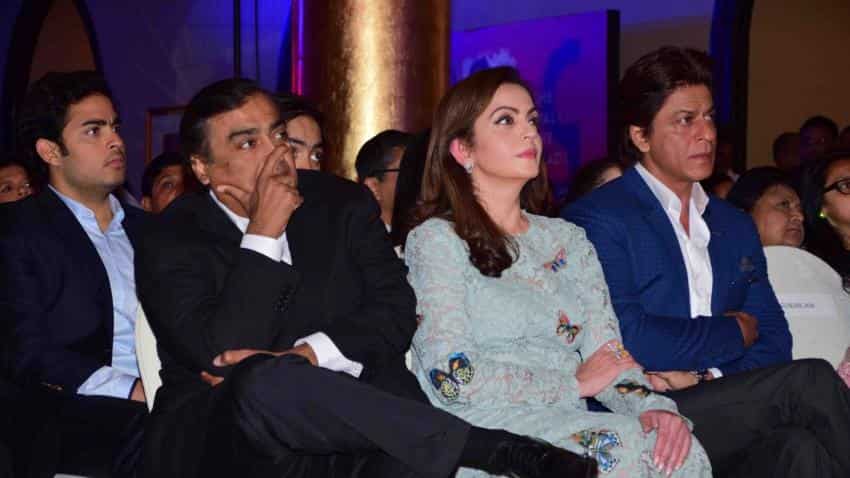 Mukesh Ambani, CMD, Reliance Industries along with his wife Nita Ambani and Bollywood actor Shahrukh Khan during the launch of author Gunjan Jain book 'She Walks She Leads', in Mumbai, on July 21, 2016. Image Source: IANS

The latest development in the ongoing dispute between Reliance Jio (RJio) and the Cellular Operators' Association of India (COAI), the Prime Minister's Office (PMO) has said that it will not intervene in the matter and will ask both parties to go to telecom regulator TRAI for dispute resolution, Zee Business reporter Aseem Manchanda reported on Tuesday.

@PMOIndia not to intervene between @reliancejio and @ConnectCOAI dispute and will ask them to go to @TRAI for dispute resolution.

The war between COAI and Reliance Jio started this month when the former, on August 8, wrote a letter to the telecom secretary JS Deepak, saying that under the present licence conditions, there was no provision for the trials of free voice and data services for large numbers, and Jio was offering full-fledged services, ZeeBiz had reported on Monday.

This was followed by Reliance Jio (RJio) hitting back by saying the claims were "malicious, unfounded, ill-informed and frivolous" and were made with an "ulterior motive" of promoting vested interests of incumbent operators.

Meanwhile, Reliance Industries Ltd (RIL) has asked its 40,000-plus employees to shift their cellular services to Reliance Jio (RJio)  network.

"We are excited to announce yet another milestone towards greater excellence, where we will be switching our existing corporate connections to Jio," RIL's HR department wrote to all its employees,  Zee Biz reported citing PTI news report.

RIL has asked its employees to use the mobile number portability service to make the switch. This was expected to rile up COAI which counts major telecom operators like Airtel, Vodafone, Idea Cellular, Aircel, and even Jio as its members.