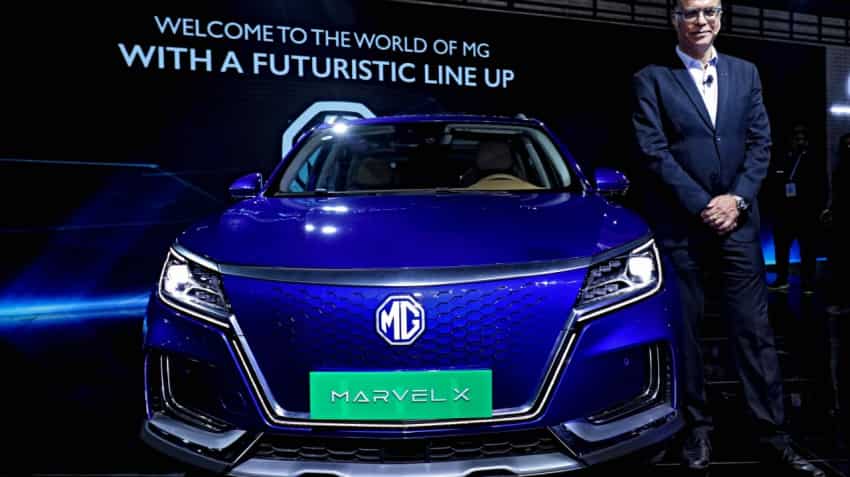 At the Auto Expo, MG Motors also showcased over a dozen production cars, including eMG6, RC6, 360M and MG3, which are sold in other markets, as well as a concept car. The success of MG Hector has led the company to consider setting up a second plant, and an announcement on it is expected later this year, said Rajeev Chaba, president and managing director of MG Motor India.

Marvel X is the production version of the Vision E Concept, that debuted earlier during the 2017 Shanghai Auto Show. It is available in two versions, rear-wheel drive and all-wheel drive, both with a 52.5 kWh battery pack and two motors. The Marvel X electric SUV is powered by two electric motors, one with 114 bhp and one with 70 bhp, and while one motor is fitted over the front axle, the latter over the rear axle.

The SUV unveiled at Auto Expo offers a range of over 400 km on a single charge and the battery pack takes 8.5 hours to be fully charged using an AC charger, and 80 per cent juice on 40 minutes using a DC charger.