The new version of  Aprilia SXR 160 will have a Made in India design and engine. The company will be launching the scooter in the Q3 of 2020. Piaggio will also launch the Vespa Elettrica in India. The scooter has already been launched in Europe 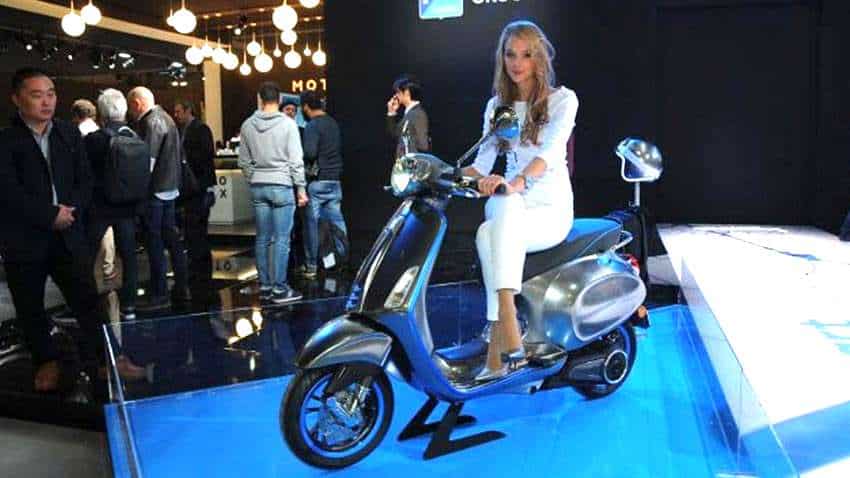 Piaggio will also launch the Vespa Electrica in India. (#AutoExpoOnZee)

The first day of the Auto Expo 2020 was a very eventful day. From Maruti to KIA Motors, car makers launched multi-utility vehicles (MUV) and Sports Utility Vehicle (SUV). On the second day of the Auto Expo 2020, Piaggio unveiled a new version of the Aprilia SXR 160. The company will be launching the scooter in the Q3 of 2020. The bookings will start from August 2020 (#AutoExpoOnZee).

The company has also announced that the work on the new version is on at full swing and that it will be launched as per schedule. The new version of  Aprilia SXR 160 will have a Made in India design, engine, and full development, which means the electric scooter will be built in its entirety in India.

Piaggio will also launch the Vespa Elettrica in India. The scooter has already been launched in Europe. The model will be launched in India after some time. Vespa Electrica will be able to cover 100 km from a single charging.

The Vespa Electrica will have a 4 KW motor which would generate a peak power of 5.36 HP and a peak of 20 Nm torque. The scooter will have a 4.2 kWh lithium-ion battery. The scooter will be able to get completely charged in 4 hours. The company claims that the mileage of 100 km could be achieved after complete charging.

The Italian two-wheeler company PIAGGIO will be increasing its distribution network to 350 dealers in India. According to the company, it had 250 distributors in 2019. The company wants to increase its sales in the world's largest two-wheeler market. The company is selling the  Vespa and Aprilia brands in India.