Crude futures steadied on Friday after climbing to four-year highs earlier this week, and both Brent and U.S. crude marked weekly gains ahead of U.S. sanctions on Iranian oil exports. 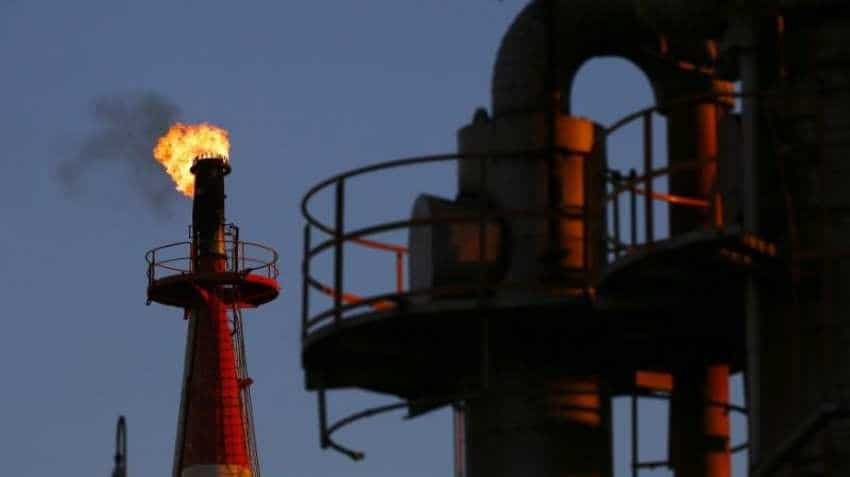 WTI`s weekly gain was about 1.3 percent; Brent`s was around 1.4 percent. Price gains this week were limited by Saudi Arabia and Russia`s saying they would raise output to at least partly make up for expected disruptions from Iran, OPEC`s No. 3 producer, due to the U.S. sanctions that take effect on Nov. 4.

Oil prices are up 15-20 since mid-August, at their highest levels since late 2014. Washington wants governments and companies around the world to stop buying Iranian oil to pressure Tehran into renegotiating a nuclear deal.

Saudi Arabian Crown Prince Mohammed bin Salman insisted the kingdom is fulfilling promises to make up for lost Iranian crude supplies, Bloomberg reported. Saudi Arabia is now pumping about 10.7 million barrels per day (bpd) and can add a further 1.3 million "if the market needs that," he said.

India will buy 9 million barrels of Iranian oil in November, two industry sources said, indicating that the world`s third-biggest oil importer will keep purchasing crude from the Islamic republic. Many analysts said they expected Iranian exports to drop by around 1 million barrels per day.

U.S. bank Jefferies said there was enough oil to meet demand, but "global spare capacity is dwindling to the lowest level that we can document." S&P Global Platts sees prices strengthening "a little" toward the end of the year, said Chris Midgely, the company`s global director of analytics, at the S&P Global Platts Analytics annual summit.

Fundamentals indicate a price in the high $70s for Brent, but the reality is seen above that, he said. Prices are then likely to weaken in the first two quarters of 2019 before strengthening about $4 to $5 a barrel in the second half of the year as the market anticipates a shipping fuel regulation that takes effect in 2020.

Hedge funds cut their combined futures and options position in New York and London by 13,459 contracts to 333,109 in the week to Oct. 2, the U.S. Commodity Futures Trading Commission (CFTC) said.

Oil prices edge up on lower US rig count, but below recent highs