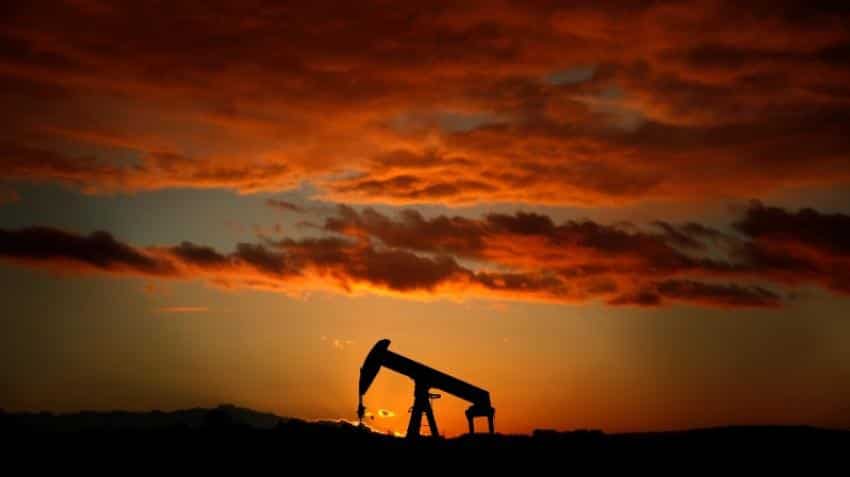 Oil prices fell on Wednesday, weighed down by data that showed an increase in US crude oil and gasoline inventories.

U.S. West Texas Intermediate (WTI) crude futures were at $64.43 a barrel, down 4 cents from their last settlement.

Traders said prices had been pressured by U.S. data showing an increase in crude and gasoline stocks.

The American Petroleum Institute said on Tuesday that crude inventories rose by 4.8 million barrels in the week to Jan. 19 to 416.2 million, after nine weeks of drawdowns.

In Asia, oversupply of gasoline has pulled down refinery profits for the product to their lowest level since 2015.

Amid these weakening indicators, traders are taking measures to protect themselves from a potential fall in crude prices.

Trading data shows open interest for Brent put options to sell at $70, $69 and $68 per barrel has surged since the middle of last week on the Intercontinental Exchange (ICE).

"The options market shows increased demand for downside protection. This makes sense considering how one-sided (to the upside) the speculative bets have become," said Ole Hansen, head of commodity strategy at Saxo Bank.

Overall, there is now far more demand for options to sell Brent than there is for call options, which are the right to buy Brent at a certain price.

Sukrit Vijayakar, director of energy consultancy Trifecta, said the rising options to sell were a result of huge amounts of long positions that have been built up in the market over the past months of rising crude prices.

"We still have...nine long barrels for every short barrel, so a reversal should be interesting to watch," he said.

Despite this, traders said oil prices were unlikely to tumble far as markets remain supported by healthy economic growth, as well as from supply restrictions led by the Organization of the Petroleum Exporting Countries (OPEC) and Russia.

In the latest sign of robust global economic growth, Japanese manufacturing activity expanded at the fastest pace in almost four years in January, a survey showed on Wednesday.

Economic growth is translating into healthy oil demand growth, which comes at a time that OPEC and Russia lead production cuts aimed at tightening the market and propping up prices. The deal to withhold output started in January last year and is currently set to last through 2018.

Stephen Innes, head of trading for Asia-Pacific at futures brokerage Oanda in Singapore said a "beaming economic forecast along with stout compliance from OPEC (to withhold production) is providing convincing support."