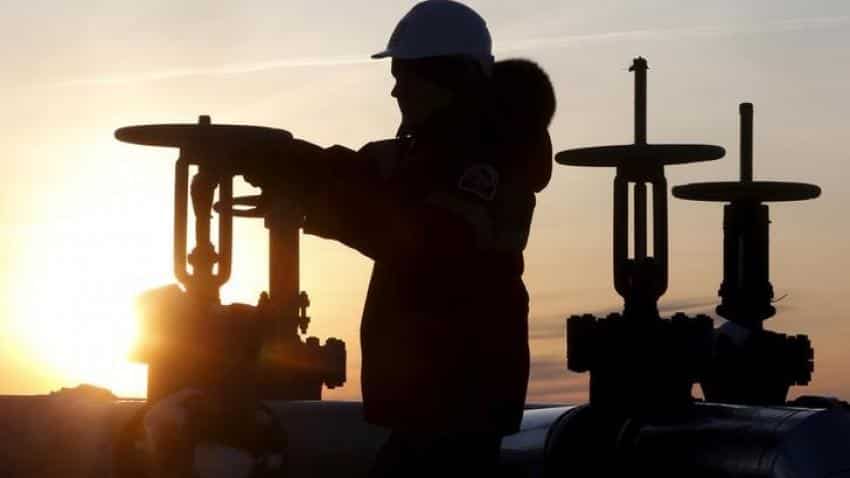 Crude oil climbed to a five-week high on Tuesday, with prices underpinned by tensions following a U.S. missile strike on Syria and a shutdown at Libya`s largest oilfield.

Brent is up for a seventh consecutive session, while WTI has risen for six straight days.

Libya`s Sharara oilfield was shut on Sunday after a group blocked a pipeline linking it to an oil terminal, a Libyan oil source said. The field had only just returned to production, after a week-long stoppage ending in early April.

The outage added to a rally that started late last week after the United States fired missiles at a Syrian government air base.

While Syria produces only small volumes of oil, the Middle East is home to more than a quarter of the world`s oil output.

"Both Brent and WTI open in Asia at their New York highs this morning, both within shouting distance of their post-OPEC rally highs," said Jeffrey Halley, senior market analyst at OANDA.

"Geopolitical tensions and a shutdown at Libya`s largest oilfield continue to support crude."

"Crude oil prices were firmer as oil investors shrugged off rising U.S. supplies and looked forward to the summer driving season," ANZ said in a note.

U.S. crude inventories have touched record highs at both the U.S. storage hub of Cushing, Oklahoma, and in the U.S. Gulf Coast in recent weeks, according to U.S. government data.

Oil prices have also been supported by a deal led by the Organization of the Petroleum Exporting Countries to cut output by 1.8 million barrels per day for the first six months of 2017, to get rid of excess supply. Libya and fellow OPEC member Nigeria are exempt from cuts.

In a sign of OPEC confidence that the deal is working, Kuwait`s oil minister said he expected producers` adherence in March to their supply cut pledges to "be higher than the previous couple of months."