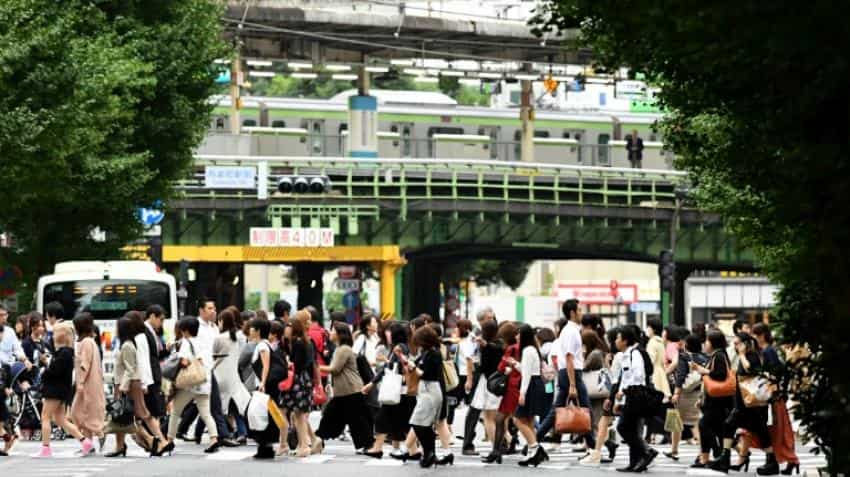 The disappointing data came as the world`s third largest economy struggles to kick-start growth and conquer a long battle against deflation.

The BoJ has repeated pledges to continue monetary easing as needed until inflation reaches and stabilises at the target, which was first unveiled over three years ago as a cornerstone of Prime Minister Shinzo Abe`s economic revival policy.

With prices still nowhere near that level, BoJ Governor Haruhiko Kuroda is reportedly considering rolling back the deadline for the goal, currently set in March 2018.

The Mainichi Shimbun said last week that the bank started considering the postponement and was likely to make a final decision following discussions at a policy meeting next week.

"Under this situation, the Bank of Japan has no choice but to delay the deadline of the target," Naruse told AFP.

Separately, government figures also showed that household spending in September shrank 2.1 percent from a year ago, slightly better than expectations for a drop of 2.7 percent.

Unemployment, meanwhile, remained at a multi-decade low of 3.0 percent.

Many economists are increasingly writing off Abe`s eponymous spend-for-growth policy to fire up the economy, dubbed Abenomics, the centrepiece of which is the central bank`s massive bond-purchase programme.

The government in July announced a whopping 28-trillion-yen ($266-billion) package aimed at stimulating growth, after Britain`s June vote to quit the European Union sent financial markets into a tailspin and sparked a yen rally.

Japan`s economy contracted in the last three months of 2015, before bouncing back in January-March with a 0.5 percent rise on-quarter and then a 0.2 percent expansion in April-June.

West Bengal board exams for Class 10, 12 will not be held in June, revised schedule to be announced later: Official.