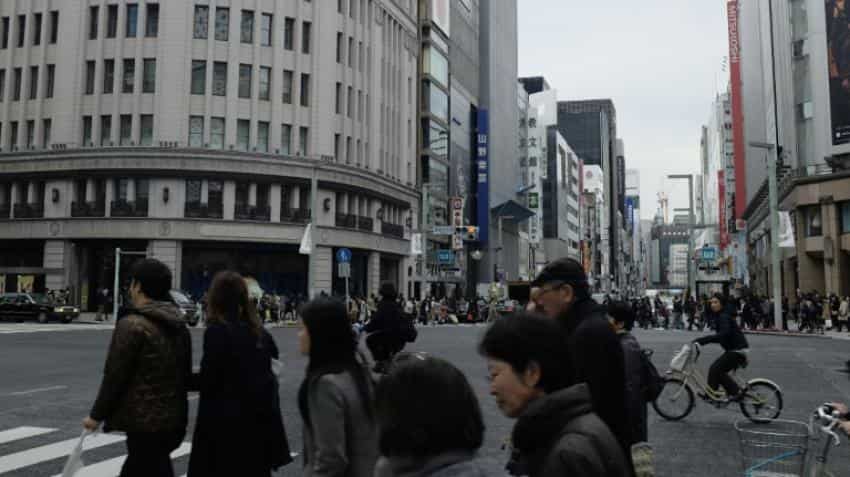 It was a further blow to efforts from the government and the Bank of Japan (BoJ) to pump up the world`s number three economy with massive public spending and aggressive monetary easing.

But economists are increasingly writing off the "Abenomics" spend-for-growth policy.

Core consumer prices declined 0.4% on-year, the internal affairs ministry said. There was a forecast of a 0.3% fall among private economists.

Tokyo officials have blamed external factors, such as falling energy prices and uncertainty related to emerging economies, for their failure to achieve a promised 2% inflation target.

Last month, the central bank said it expected to hit 2% inflation by March 2019 -- four years later than its original target and the latest in a string of delays.

Deflation can also discourage spending by consumers, who might postpone purchases until prices drop further or save money, creating further pressure on businesses.

"Exports and production are recovering but consumers haven`t loosened their purse strings," he said.

"I don`t see anywhere the kind of dynamism that will make 2% inflation achievable," Muto said.

The internal affairs ministry also said that Japan`s household spending fell for the ninth consecutive month, declining 1.5% in November from a year ago.

The nation`s unemployment rate edged up to 3.1% in November from the 3.0% registered in October, the ministry said.

BoJ governor Haruhiko Kuroda has repeatedly voiced his optimism about the economy and his commitment, with the solid US economy while emerging economies also moderately pick up.

In a speech on Monday Kuroda said consumption should gradually improve, while citing "a significant fall in crude oil prices" as negatively impacting prices in Japan.

It "has been a tough year, both for businesses and the Bank (of Japan)," Kuroda said of 2016 in a speech to a gathering hosted by Keidanren, Japan`s largest business lobby.