Global markets were a mixed bag this week 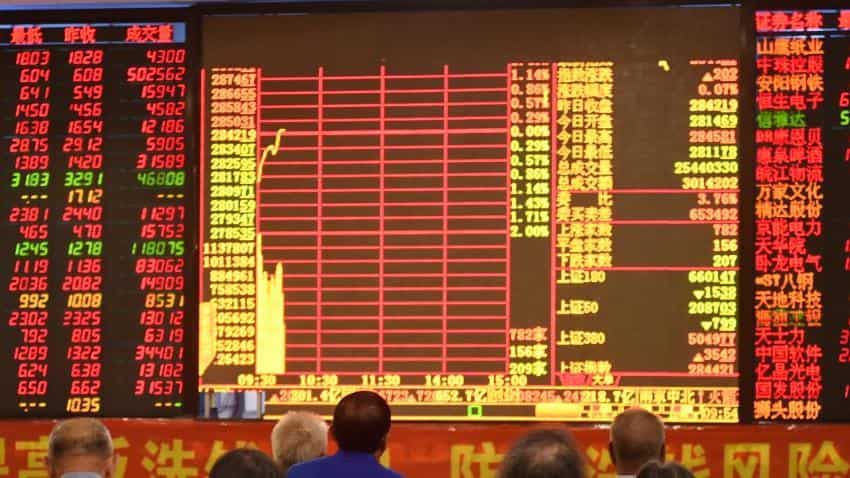 Some indices touched new highs during the week, others were engulfed in negative volatility. Photo: IANS
Written By: Pooja Jaiswar
RELATED NEWS

The July 25 - 29 week was filled with surprises for investors, led by mixed performance on various exchanges. While some indices touched new highs during the week, others were engulfed in negative volatility.

On July 29, the Bank of Japan’s monetary policy decision discouraged the markets and investors shifted their focus to GDP data from the US for the last trading day of the month.

The Japanese central bank expanded some stimulus measures to boost the country's economic growth. However, the moves failed to meet the market's expectations, which led to the yen surging against the US dollar. The dollar's fall against the yen was its steepest in a month and fourth steepest this year. Crude oil, on both NYMEX and ICE, fell to its weakest level since April this year, heading for a monthly loss of about 16%.

Friday wasn't the only volatile session. Here's how the week went. 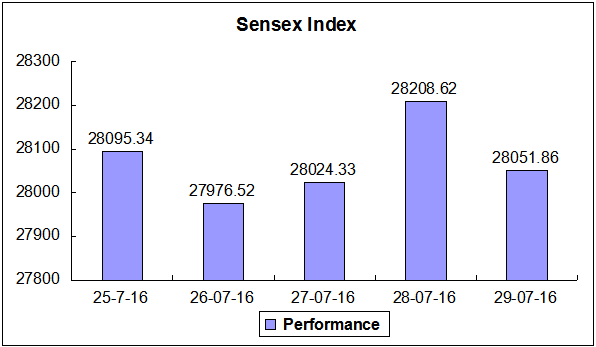 The Bombay stock exchange (BSE) closed nearly at the same level it saw on July 25. 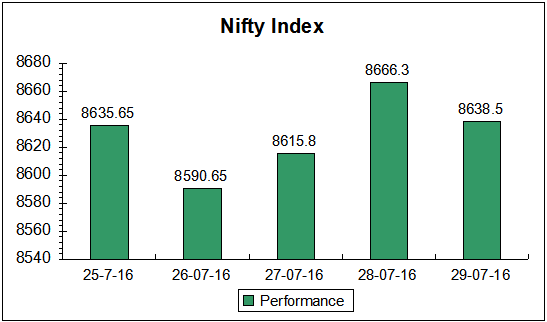 National Stock Exchange (NSE) closed down 0.32% at 8,638.50 on July 29, after recording a 52-week high in the previous trading session. Even the NSE closed near the level it seen at the beginning of the week.

Market experts expect positive volatility for this index ahead, led by inflows of foreign money.

Vinod Nair, Head of Research, Geojit BNP Paribas Financial Services said,  "The market dived as investors felt that the recent rally has outpaced the market valuation, while midcaps outperformed due to continued liquidity by FIIs. The GST bill is likely to be tabled next week and the prospect of its likely passage limits the extent of loss. BoJ’s moderate increase in stimulus failed to cheer the investors and kept the global markets mixed."

On a weekly basis, the Sensex cracked 248.62 points or 0.89%, while Nifty spurted 97.30 points or 1.13%, both the indexes have surged for the fifth consecutive month, a report on Hindu Businessline said.

Other indices' performance for the week July 25-29 are: 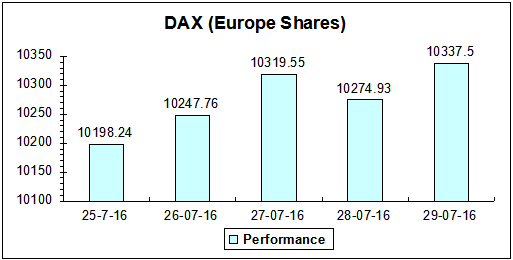 European shares have performing well for the past few weeks, cooling down in the post-Brexit era. 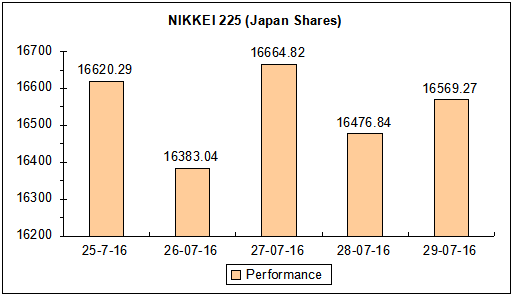 Shares in Japan were a mixed bag during whole week, mostly surrounded by negative volatility.

The Federal Reserve left interest rates on hold following the latest policy meeting, which dampened investors interest on the share by dragging it below 16,480 level on July 28,2016.

Investors tapped the fall by exiting from small counters amid signs of a fresh regulatory supression on rampant speculation, which will hit excessively valued small caps, says Reuters report. 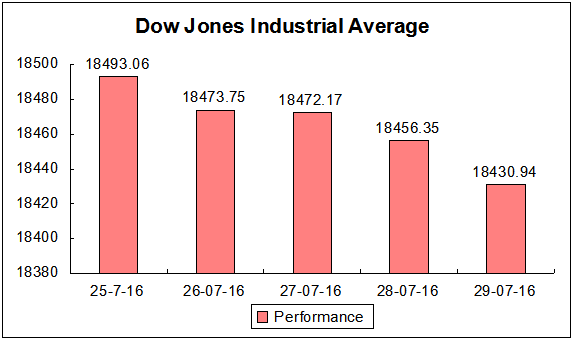 The Dow jones was impacted by the US Fed keeping the rates unchanged and weak GDP growth of United States. 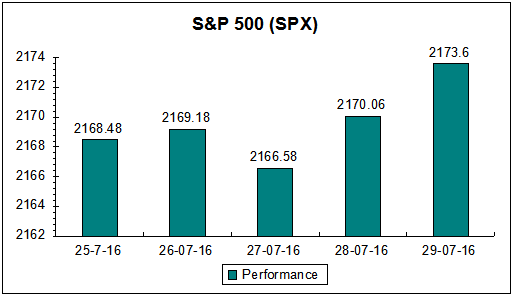