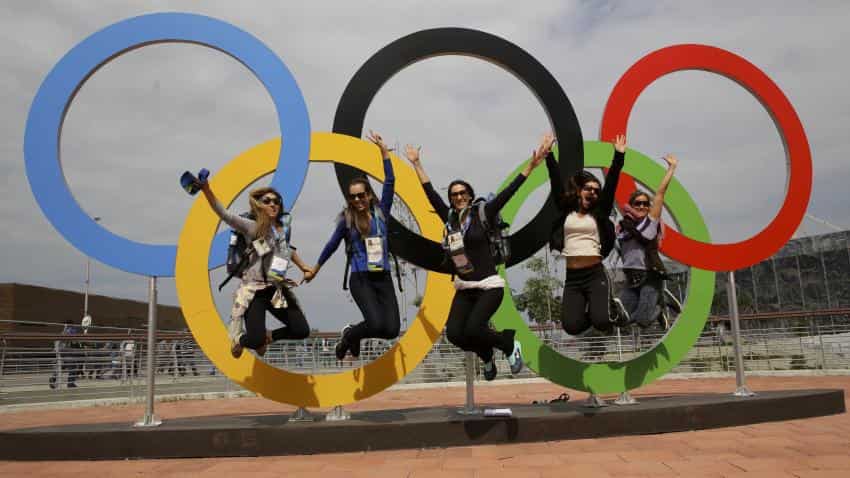 The Rio Olympics is only days away from kicking off, and so far, it has been in the news for all the wrong reasons. Whether it was for Brazil's unpreparedness and the widespread corruption in handling the Olympics project, or the dismal infrastructure of the Olympics Village, it seemed like the South American country was up in arms with the task at hand.

Then came the doping scandals, first, in Russia which put the entire contingent's fate at stake, then in India, where two athletes may be ousted from the games.

One of the world's biggest sporting events may be mired with controversies till the word go, but brands are not about to back out of the game. In the run up to the Olympics, several brands have played their ball to support the event. Among them are many Indian brands too.

Here are some of the brands making their play for the Rio Olympics:

1. Coca-Cola ‘Gold Actions' ad: The official sponsor of the Rio Olympics, Coca-Cola's ads campaigns are awaited with anticipation by viewers. And usually, the beverages brand doesn't disappoint. Over the years, Coca Cola has come up with several campaigns with good recall value, and it seems like it's on track to win the gold with its audience, with the 'Gold Actions' campaign for the Olympics! The ad features candid moments of Olympic stars from the past and present, from victory celebrations to lighter moments on the sidelines of an event. However, O&M Brazil, the creators, could have done a better job with the product integration into the ad.

2. Tata Salt ‘Namak ke Waastey’ ad campaign: The Tata Salt ad campaign strives to garner support for Indian athletes like boxer Shiva Thapa and wrestler Babita Kumari. The campaign 'NamakkeWaastey' is a spin on the brand's tagline 'desk ka namak'. Conceptualised by OgilvyOne, both the ads are a single shot of the athlete, with their voice-over narrating their story. It is shot and edited in a simple manner that manages to leave an impact.

3. Fevikwik: This ad is not officially affiliated to the Olympics but it gets a mention on our list since it revolves around hockey, a sport has brought the medals to India, and because of its release so close to the global event. This isn't the first time that Fevikwik has made an ad about a sport. Their 'Todo Nahi Jodo' ad was released just before the India vs Pakistan match during the ICC Cricket World Cup 2015. The typical witty, quirky campaign, synonymous with Fevikwik now, was created by Ogilvy & Mather (O&M) India.

4. Samsung's ‘The Anthem’: The other official sponsor of the Rio Olympics has created 'an anthem' which is a culmination of the national anthems of several participating countries. It strives to drive home the concept of unity and togetherness, and a 'world without barriers'.

The ad features people of one nationality singing the national anthem of another country. For example, it starts with an Australian girl singing the national anthem of Botswana; African kids in what looks like a school in an African school, singing the USA anthem, and so on. The end result? A new anthem that is weaved together beautifully. Created by Leo Burnett Chicago and Leo Burnett Sydney, the timing of the message is perfect with the Rio Olympics around the corner, and at a time when it seems like the world is more divided than together. It also integrates the Samsung S7 phone seamlessly into the ad.

5. P&G ‘Thank You, Mom’ campaign: This year, Procter & Gamble decided to build on one of its best and award-winning campaigns ‘Thank You, Mom’ which was first introduced for the 2012 London Olympics. The campaign gets the formula right once again, banking on the priceless support of a mother, in the creation of an athlete. The tagline, 'It takes someone strong, to make someone strong' is right on the mark. With the latest 'Thank You, Mom' campaign created by Wieden+Kenedy', P&G has raised the stakes. It is also an official partner of the Rio Olympics.

6. Gillette ‘Perfect isn’t Pretty’ ad: The brand under P&G takes a look at the dark side of the athletes' lives, and by that, I mean the struggles of training, finding a balance between life on the field and at home, and the struggle with the own, to push beyond what the body can take. It strives to go beyond the fame and the glamour that comes with the medals, to behind the scenes where the real work happens.

Using very little colour and a juxtaposition of crisp shots telling the stories of various athletes, the campaign ends with a bright picture with the 'triumph over tribulations' message. The agency at work here is Grey New York.