Food spending dropped, as did services as start-of-year spending on tickets and accommodation for the Euro 2016 football championships dropped out of the equation, Insee said. 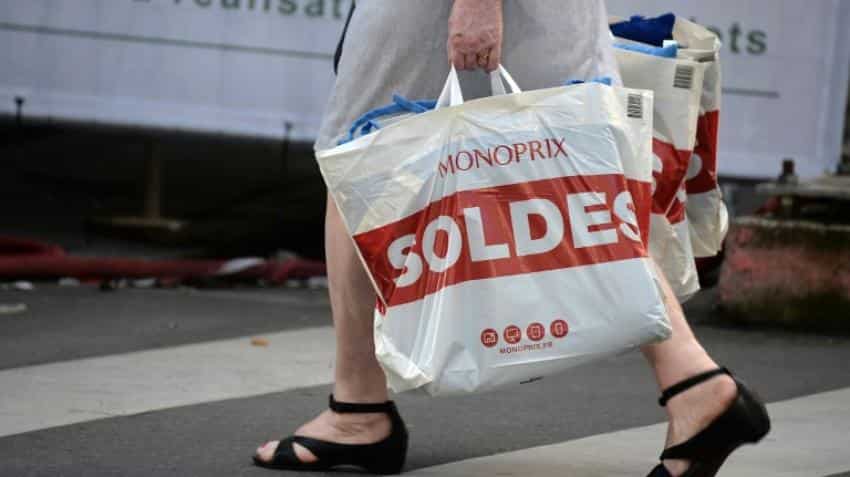 French growth stagnated in the second quarter of the year, statistics bureau Insee reported Friday, a "disappointing" result that dashed hopes of a small economic expansion.

France`s gross domestic product (GDP) showed no change in the three months to June, according to a first estimate, after rising a revised 0.7 percent in the first quarter.

The finance ministry called the flat figure "disappointing", given that Insee had predicted 0.3 percent growth and the Bank of France 0.2 percent.

The ministry said, however, that it stood by its own growth forecast of 1.5 percent for the full year 2016.

But such optimism had analysts scratching their heads.

"Which factors could possibly reverse the trend and give us growth drivers which would allow reaching the 1.5 percent promised by the government?" asked Philippe Waechter, chief economist at Natixis.

Food spending dropped, as did services as start-of-year spending on tickets and accommodation for the Euro 2016 football championships dropped out of the equation, Insee said.

Given the end of austerity policies in France and accommodating monetary policy by the European Central Bank "we should be expecting growth picking up", Plane said.

Investment, which fell for both companies and the public sector, will be key rekindling growth, Natixis`s Waechter said, warning however that Brexit, attacks in France and uncertainty surrounding the upcoming US election should be expected to put the brakes on capital spending.

"All these factors produce uncertainty and may well prompt company chiefs to delay investment," he said.

Oil refinery strikes in May and June weighed on overall production, which dropped 0.2 percent, and the construction sector also weakened.

France`s trade balance, however, made a positive contribution of 0.3 percentage points to GDP thanks to a sharp slowdown in imports of manufactured goods and oil products.