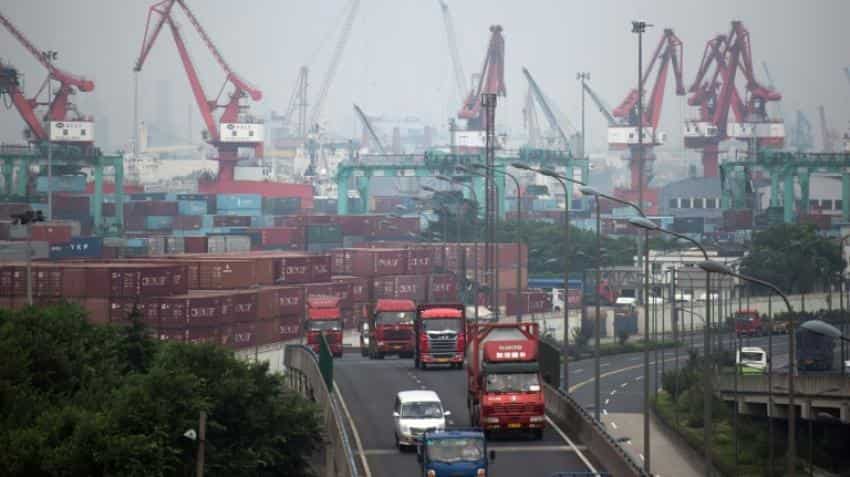 The country's imports fell 1.4% to $129.1 billion during the same period, Customs data showed, while the trade surplus dropped to $49.1 billion in the month. Image Source: AFP
Written By: AFP
RELATED NEWS

The country's imports fell 1.4% to $129.1 billion during the same period, Customs data showed, while the trade surplus dropped to $49.1 billion in the month.

It was the seventh straight monthly exports decline, and both imports and exports came in below expectations, with a survey of economists by Bloomberg News forecasting drops of 6.0% and 1.0% respectively.

China is the world's biggest trader in goods and its performance affects partners from Australia to Zambia, which have been battered as its expansion has slowed to levels not seen in a quarter of a century.

Customs earlier gave the figure in yuan terms, showing a 3.2% drop in exports and a 3.2% increase in imports on-year.

Analyst Julian Evans-Pritchard of Capital Economics called the results "disappointing" and said the outlook appeared challenging with "global and domestic growth unlikely to accelerate much further".