China's services PMI has declined marginally to 53.1 in January on a seasonally adjusted basis from 53.4 in December, showed the Markit/Caixin services purchashing managers' index (PMI). 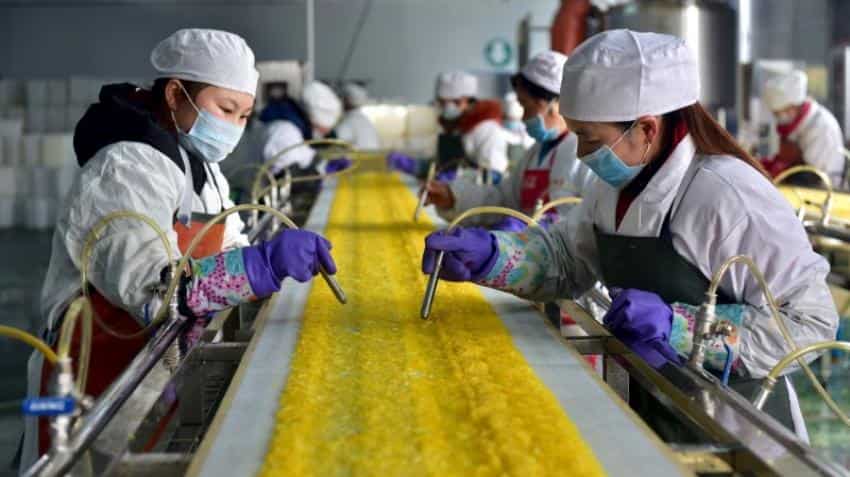 Growth in China`s services sector remained robust in January as companies reported a solid increase in orders, though the pace of expansion eased from the previous month, a private business survey showed.

The services PMI fell marginally to 53.1 in January on a seasonally adjusted basis, from 53.4 in December, the Markit/Caixin services purchasing managers` index (PMI) showed.

But it remained well above the 50-mark that separates expansion in activity from contraction on a monthly basis.

Though activity in services slowed slightly from December, strong growth looks set to continue, in line with policymakers efforts to rebalance the economy toward services and consumption, which are the biggest drivers of growth in the world`s second-largest economy.

And service firms remained strongly positive about the business outlook for the next 12 months, citing planned company expansions, new product developments and forecasts of strengthening client demand. A sub-index for business expectations matched an 18-month high with a reading of 60.8.

However, input prices rose the fastest in nearly four years. And while companies also raised their output prices the most since August 2015, companies said tough competition held back their ability to raise prices, suggesting a squeeze in profit margins.

Caixin`s composite PMI covering both the manufacturing and services sectors showed a similar pattern of solid but slightly easing growth, falling to 52.2 in January from the previous month`s near 4-year high of 53.5.

A number of economists have predicted a loss of growth momentum this year as a property boom cools and the boost from previous stimulus starts to wear off.

The central bank has begun to raise key short-term rates in a sign that policymakers will focus on controlling high debt levels and cooling down overheated property and commodities markets.

But the rate increases so far have been modest, suggesting authorities remain wary about tapping the brakes too hard and stunting economic growth.

"The economy continued to recover, but the expansion rate has slowed. Meanwhile, inflationary pressures continued to build up as prices increased further," said Zhengsheng Zhong, director of macroeconomic analysis at CEBM Group, in a note with the PMI data.

"The economy is unlikely to maintain the pace of expansion seen in the fourth quarter (Q4) of last year given that the manufacturing sector`s willingness to restock has declined. China`s economic growth may decelerate after the first quarter (Q1) of this year."