The divestment income targets seems to be too aggressive for FY17 and hence expected to see a shortfall. 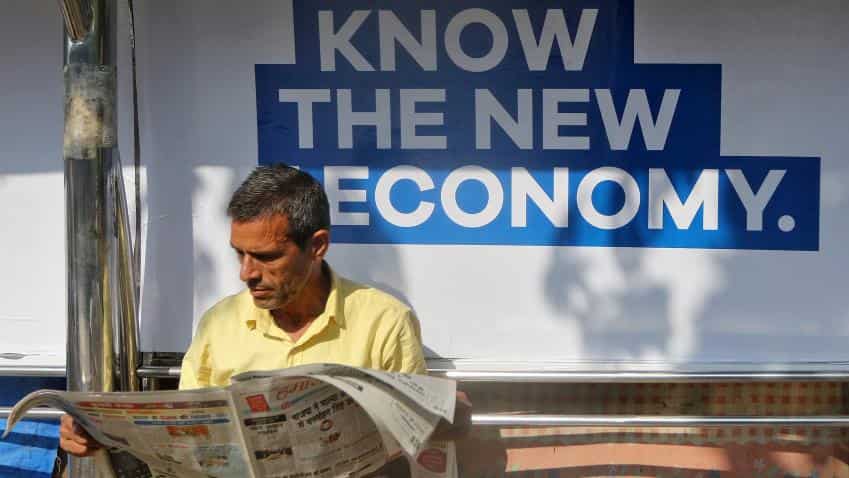 A man reads a newspaper as he waits for public transport at a bus stop in Mumbai, India, January 31, 2017. Photo: REUTERS/Shailesh Andrade

Finance Minister Arun Jaitley will shortly announce the Union Budget 2017 and with India's growth in the balance all eyes are on how he will boost consumption and at the same time meet some of the targets which were kept last year. Apart from direct and indirect tax collections, the government depends on divestment of its stake in some of the public sector companies that have not been yielding much fruit. However, the target seems to be too high for the government to reach.

The divestment income targets seems to be too aggressive for FY17 and hence expected to see a shortfall. The government during the last Budget has targeted a divestment in companies to raise Rs 56,500 crore during the year. In total the government has only achieved 60% of this Budget target up till now.

According to Comptroller General of Accounts, the government up to has raised Rs 21,400 crore through the divestment of stakes in PSUs. It still has to divest stake in many companies to raise around Rs 36,000 crore. Hence, this remains a challenge.

“Most of the planned heads already had seen spending at over 90% of the budget estimates by November 2016. Hence, it is likely that we may see the budget estimates expenditure overshooting as the government investments and the public sector providing fillip to growth rather than the private sector. This may continue,” said a Prabhudas Lilladher report.

This means that there could be a real possibility of an increase in deficit that could be announced during the Budget.

“FY17(Budget Expectation) target of 3.5% fiscal deficit may not be achieved. Earlier expectation was to bring it down in FY18 to 3.0%, looks a tall challenge as the effect of demonetisation could result in slowdown in GDP and hence could see fiscal deficit in FY18 at 3.5% against the earlier target of 3.0%,” the report added.

However, it should be noted that we have not assumed any special dividend form RBI following the demonetisation of Rs 500/1000 currency notes.

The report expects to further see an increased fiscal pressure in FY18 on account of an increase crude oil prices.

It is also anticipated that there will be an increase in defense expenditure, sops on the farm front etc to take away any increase in revenue leading to an elevated level of fiscal deficit, resulting in overshooting the targeted level of 3.0% in FY18 to around 3.5%.

Another thing to worry about during this budget is with the economic growth still below the expected lines, it could be expected to see a shortfall in tax revenue. Corporates unlikely to have better 2HFY17 and hence tax collection is likely to be lower than estimates.

Budget 2017: Ask your questions directly to FM Jaitley on Twitter