Here are 20 key Budget 2017 Glossary terms that you need to know before you watch FM Arun Jaitley's Union Budget speech on Wednesday. 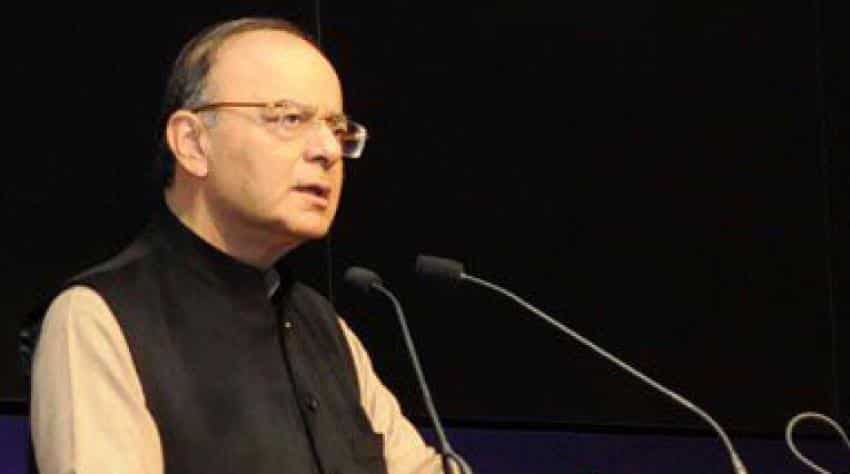 As the Government of India gets ready to prepare its Union Budget 2017-18 in few hours from now, we managed to bring you 20 important Budget 2017 Glossary terms that you need to know.

Finance Minister Arun Jaitley will present the country's Budget 2017 in the Lok Sabha in New Delhi on Wednesday.

The Government for the first time will present the Union Budget 2017-18 on February 1 as against the old practice of presenting it on the last working day of February.

Besides, this time the Government will merge the Union Budget with Railway Budget.

Citizens of India can ask budget questions to FM Jaitley on Twitter by tweeting their questions with #MyQuestionToFM.

The Ministry of Finance on Tuesday tweeted Three Parts of Budget 2017 Glossary.

Here are 20 Budget 2017 Glossary terms before you head towards FM Jaitley's speech:

3.Excise Duty
An indirect tax levied on goods manufactured in India and meant for home consumption.

4.Customs Duties
These are levies charged when goods are imported into, or exported from the country and they are paid by the importer or exporter. Usually, these are also passed on to the consumer.

6.Revenue Deficit
The difference between revenue expenditure and revenue receipt is known as revenue deficit.It shows the shortfall of government's current receipts over current expenditure.

8.Fiscal Policy
It is the government actions with respect to aggregate levels of revenue and spending. Fiscal policy is implemented through the budget and is the primary means by which the government can influence the economy.

9.Monetary Policy
This comprises actions taken by the central bank (Reserve Bank of India) to regulate the level of money or liquidity in the economy or change the interest rates.

10.Inflation
A sustained increase in the general price level. The inflation rate in the percentage rate of change in the price level.

11.Capital Budget
The Capital Budget consists of capital receipts and payments. It includes investments in shares, loans and advances granted by the Central Government to State Governments, Government companies, corporations and other parties.

13. Plan Expenditure
Money given from the Government's account for the central plan is called Plan Expenditure.This is developmental in nature and is spent on schemes detailed in the Plan.

15.Corporate Tax
This is the tax paid by corporations or firms on the incomes they earn.

17.Finance Bill
The Bill produced immediately after the presentation of the Union Budget detailing the imposition, abolition, alteration or regulation of taxes proposed in the Budget.

18.Budget Estimates
Amount of money allocated in the Budget to any ministry or scheme for the coming financial year.

20. Outcome Budget
From the fiscal year 2006-07, every Ministry presents a preliminary Outcome Budget to the Ministry of Finance, which is responsible for compiling them. The Outcome Budget is a progress card on what various Ministries and Departments have done with the outlays in the previous annual budget. It measures the development outcomes of all Government programs and whether the money has been spent for the purpose it was sanctioned including the outcome of the fund usage.