IT companies expect the government to announce support for research and development (R&D) practices, Digital India, tax rebates and concessions for new-age technological innovations, among others in Budget 2017. 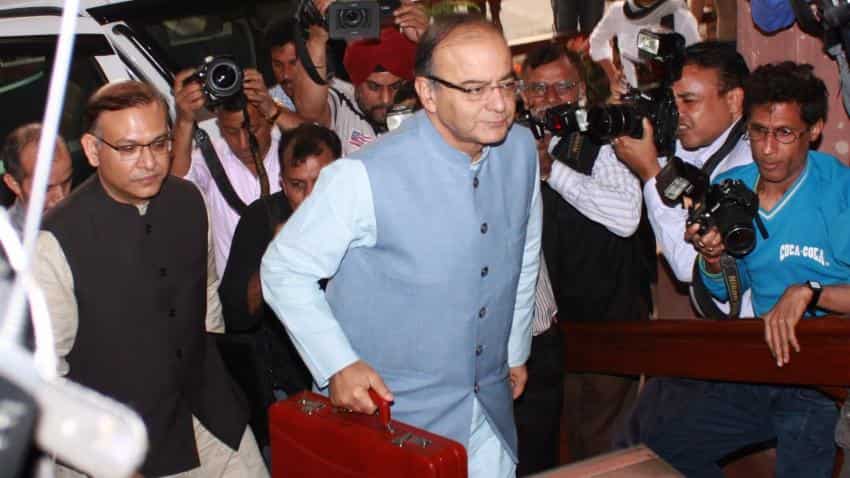 With merely few days remaining for the budget, Information Technology (IT) companies are hoping that their expectations on support for research and development (R&D) practices, Digital India, tax rebates and concessions for new-age technological innovations, clarity on GST plans, tax incentives, among others are addressed by the government in the upcoming budget.

The Government of India will present its Union Budget for 2017-18 on February 1 as against its age-old practice of presenting it on February 28.

Zeebiz.com managed to speak to some of the IT companies to know about their expectations from Budget 2017.

Here's what IT companies expect from Budget 2017:

1. The recent wave of e-governance is purely on the backbone of technology and this is result of sustained investments by IT companies in automation and artificial intelligence. It is, therefore, expected of government to provide incentives in the form of weighted deduction on Research and Development (R&D) expenses that are presently extended to sectors like Auto and Pharma.

"Additionally, most of the Indian IT players are facing denial of tax exemption under section 10A and 10AA by the tax authorities on the ground of “body shopping”. Huge amount of tax demands have been raised and are pending at various stages of litigation. A clear direction on this matter may help resolve this long pending issues," says Sanjay Jalona, Managing Director & CEO, L&T Infotech

Besides, Jalona expects the government to address impending concerns on following issues:

2.  As IT enabled services industry embrace the influx of enterprise applications and cater to the modern business requirements, the sector expects unvarying support from the government to promote Research and Development (R&D) practices in the country.

To maintain its leadership position, the sector looks forward to continued support from the government to not only ensure the financial viability of the sector but also to trigger a wave of innovation particularly on the backdrop of the digital demand from global organisations, says L C Singh, Founder, Vice Chairman and CEO, Nihilent Technologies

After the government's demonetisation move, Singh expects the government to provide support to Digital India by providing tax rebates and concessions to new-age technological innovations.

“...The demonetisation measure has triggered a positive impact on adoption of digitisation and Digital India has set foot in a true and meaningful sense. On this backdrop, government support in terms of tax rebates, concessions for new-age technological innovations would serve a long way towards further enhancing India’s position in the global Intellectual Property (IP) landscape,”Singh said in an e-mailed response.

3. For corporate India and Indians to plan their medium and long-term financial and investment priorities, we strongly recommend that the Honourable Finance Minister outlines a larger three-five year fiscal road map for the country, explaining the priorities seen by the government and reforms that are being evaluated. If we have that larger picture, we can make our plans accordingly, says Rostow Ravanan, Managing Director and CEO, Mindtree

“...The largest problem we face right now is that a country with our population size and GDP has very few tax payers. Consequently, the bulk of the compliance headaches fall on the salaried tax payer.  We recommend simplification in tax administration to bring more people into the tax net and reduce the disproportionate burden on salaried tax payers,” cited  Ravanan.

He further said, “..Some of the incentives given to an individual tax payer needs to be streamlined and updated for current realities, for example, the limit for medical expenses is set at Rs 15,000 per annum which is very inadequate for a family of four in urban India. I feel we should remove some of the older incentives which are not relevant anymore and increase the limits for other incentives which are more useful in today’s context.”

4. Digital technologies will have a long-term impact in all the key sectors that are looking to transform – manufacturing, retail, education, health and even in agriculture. India has a tremendous opportunity to push the boundaries of technology usage to leap frog to the fourth industrial revolution where data defines processes, products and interactions. Therein lies the opportunity for, what I call, Make Digital in India.

"We and our partners have been driving digital transformation across large, medium and small organizations and in Government. With this budget, I expect a continued focus on Digital India that will help us Make Digital in India,"says Anant Maheshwari, President, Microsoft India