While Samsung has recently launched its new Galaxy Buds, Toshiba too has introduced the Cordfree RZE-BT800E. The company claims that these easy to charge, easy to wear, easy to carry earbuds are the perfect addition to your music and audio needs. But, are they? 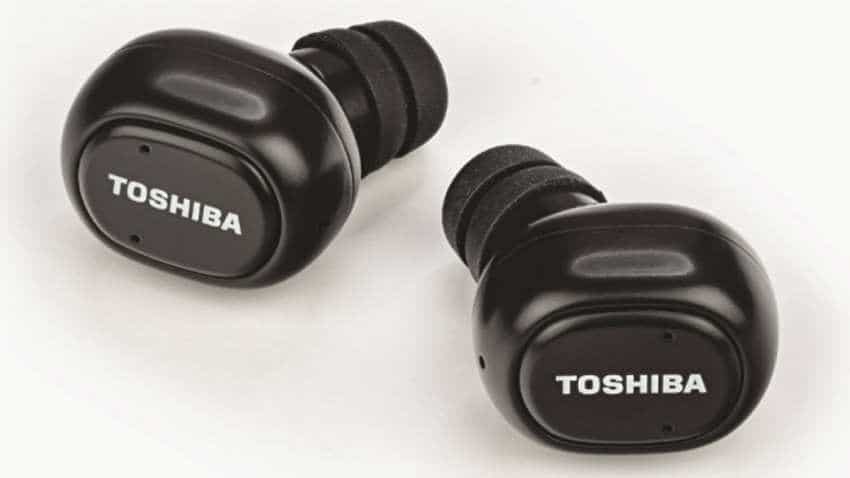 The device fits well in your ears but the design leaves you asking for more. Source - Toshiba.
Written By: Manas Tiwari
RELATED NEWS

According to Arizton's recent research report, the global earphones and headphones market is projected to reach more than $36 billion by 2024, growing at a CAGR of around 13% during 2018-2024. The report revealed that more than 1 million headphones were sold per day which translates to almost 13 headphones per second. And, what's exciting is that the number is expected to increase by two-fold by 2024. This growth is driven by in-ear and wireless earphones - the latter being the biggest trend in audio right now - with major brands fighting each other after the success of Apple AirPods.

While Samsung has recently launched its new Galaxy Buds, Toshiba too has introduced the Cordfree RZE-BT800E. The company claims that these easy to charge, easy to wear, easy to carry earbuds are the perfect addition to your music and audio needs. Made with water (and sweat) resistant materials, the Toshiba CordFree earbuds are claimed to be the perfect partner for your workout. But, are they?

Well, here is a quick look -

The Toshiba Cordfree RZE-BT800E comes in an elegant box. On front, it has a picture of the earbuds and mentions some features. The back has a picture of the charging case and mentions few other specs. Inside the box, you get the earbuds, the charging case and a USB charging cable. There are also rubber wingtips of different sizes - small, medium and large. You can use these wingtips as per your fit. The device fits well in your ears but the design leaves you asking for more. The size of the earbuds is also more than what most people would prefer. Despite that, it is easy to carry and the company claims that the Toshiba Cordfree has been manufactured with water and sweat resistant materials. This makes it a good device for longer use and also, for workout. The device is light weighted which again adds to its portability.

The carrying case doubles up as the charging case. Again, it is very light and easy to carry. But, work could have been done to make it more elegant. However, it does its job of holding the buds when not in use. On the outside of the case you’ll find a small LED that indicates the battery. There is also the charging port at the back. 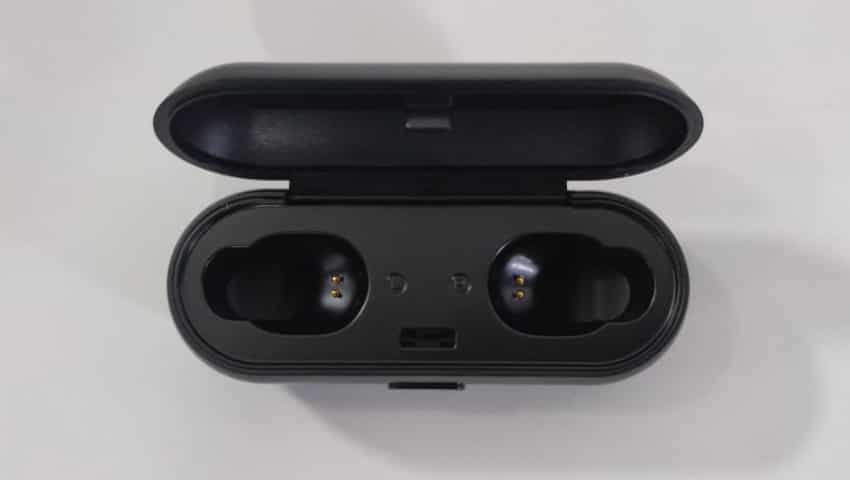 Initially, you may feel that constant movement might force the earbuds to slip out of your ear, but that isn't the case. If you are using the right wingtip, the design makes them fit well and they could last the workout or running session. Then, of course, there are controls to play/pause your music, skip tracks, answer and end calls. The touch controls are good but you will have to press them hard for efficient use. Otherwise, you may have to make more than one attempt to give command.

The Toshiba Cordfree RZE-BT800E is very easy to connect. Once you have paired the buds with your smartphone, they will connect to it instantly in future as soon as the Bluetooth is turned on. The only issue you might face in terms of connectivity are the dropouts that may occur if you go too far from your phone or come in range of another Bluetooth device. But, the dropouts are not that frequent, if device is used smartly.

The ear buds have a connectivity range of almost 10 metres (or 33 feet). Some other notable features are built-in dual mics, the double-click recall, and stereo option for phone-calls. 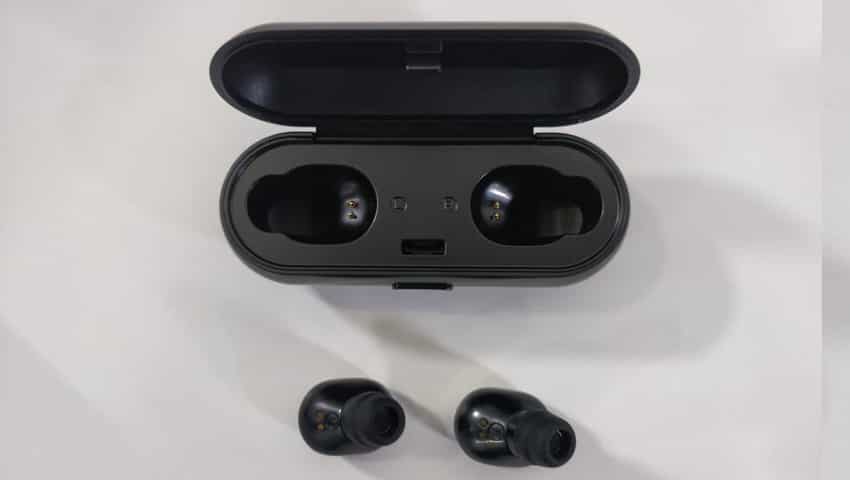 Coming to the most important part, the sound quality is appreciable. The device is very close to an over-ear headphone when it comes to power and noise isolation. Music sounds great when played through these little buds. Most high-frequency songs give you the desired result. But, if you like your music bassy, you might be left craving for more. As far as calls go, you will be more than satisfied with the audio quality.

The charging case is powered by a 450mAh battery while each ear bud has 50mAh battery. You can play music for around 4 hours, if the volume is kept at 50% level. The Toshiba Cordfree RZE-BT800E is available in two colour options: Black and White.

The Toshiba Cordfree RZE-BT800E are available on Amazon India, Flipkart and through offline stores. They are priced at Rs 7,999 and could be purchased for Rs 5,950.