The stake allows Toshiba to account for its former unit in its earnings, without having to further invest in it, CEO Nobuaki Kurumatani said in an interview. 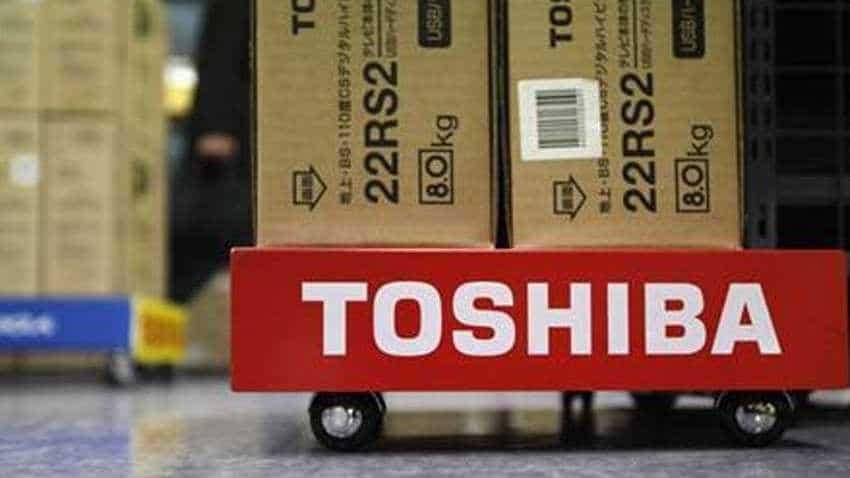 TOKYO: Toshiba Corp has no immediate plans to sell its 40.2 percent stake in Toshiba Memory Corp, its chief executive told Reuters, as the world`s No. 2 producer of NAND flash memory chips prepares to go public within the next three years.

Toshiba`s stake is seen by some analysts as a concern at a time when overcapacity in NAND memory chips, used in smartphones and data storage servers, has pressured prices and forced companies to give a dull near-term outlook.

But Toshiba, which sold the chip business in June for roughly $18 billion and then reinvested $3.1 billion to gain voting rights, sees the stake as a boon.

The stake allows Toshiba to account for its former unit in its earnings, without having to further invest in it, CEO Nobuaki Kurumatani said in an interview.

"We`re now in a position to benefit 40 percent of their profits while exempt from investment burdens," he said.

"I think we have an appropriate balance."

Toshiba sold the business to a Bain Capital-led consortium that included South Korean rival SK Hynix, Apple Inc, Dell Technologies and Seagate Technology, to plug a multi-billion-dollar hole in its balance sheet after an accounting scandal and the collapse of its U.S. nuclear unit.

The company will reassess its plans for its stake in the chip business when Toshiba Memory`s initial public offering (IPO) comes closer, Kurumatani said.

"We still have time to examine the situation with Chinese chipmakers and market conditions," he said.

The chief of Toshiba Memory had in September reaffirmed the company`s plan to go public in two to three years, saying it had started preliminary work to prepare for an IPO, brushing aside concerns about weak fundamentals.

After a two-year boom in the market, oversupply is weighing on NAND flash chip prices amid weak consumer and business demand for phones and computers. NAND flash memory contract prices fell about 10 percent over July-September, according to market research firm TrendForce.

Market leader Samsung Electronics Co Ltd in October slashed 2018 capex by more than a quarter and warned of lower profit until early next year.

Samsung is also considering converting some of its NAND production lines to make DRAM chips next year. DRAM memory chips are used in servers, gaming PCs and cryptocurrency mining devices to process large amounts of data.

Shares of Samsung, Micron and Hynix have lost about 20-25 percent this year. Toshiba`s stock has slipped just 4 percent, underpinned by relief over the chip unit sale and aggressive share buybacks.