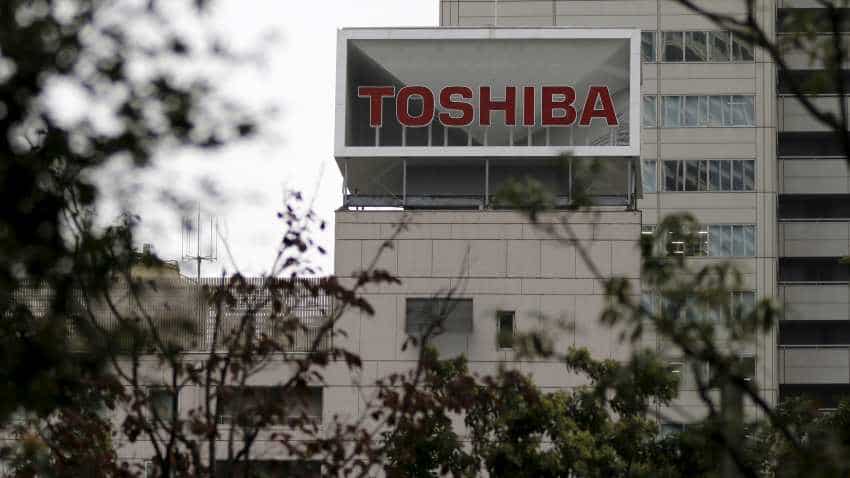 The plans are part of a new five-year business strategy Toshiba announced on Thursday, which also included 7,000 job cuts, or 5 percent of its workforce, over five years.

The company`s shares surged as much as 13.7 percent to near two-year highs after the announcement, helped also by a much anticipated move to repurchase up to 40 percent of its own shares starting Friday. They closed 12.7 percent higher.

Toshiba has been trying to win back the market`s trust after a 2015 accounting scandal uncovered widespread irregularities at the laptops-to-nuclear conglomerate for years.

The scandal forced it to recognise huge cost overruns at now-bankrupt U.S. nuclear unit Westinghouse, prompting it to sell its prized memory chip unit earlier this year to a consortium led by U.S. private equity firm Bain Capital and leaving it with few growth businesses.

"There had been reports about a possibility of selling non-performing business and job cuts so such moves had been expected at some point. But investors are taking heart," said Hiroyuki Fukunaga, chief executive of Investrust, a financial advice firm.

"The share buyback announcement worth up to 40 percent of outstanding shares is definitely positive, too."

Toshiba had already promised a share buyback of 700 billion yen earlier this year, but the timing had been undecided. Its announcement on Thursday appeared to outweigh a weaker profit forecast - the company said it now expects a full-year operating profit of 60 billion yen rather than a previous estimate of 70 billion yen.

STEMMING LOSSES
Toshiba has been trying to shed troubled assets that could have exposed the Japanese company to future losses.

The decision to liquidate NuGen, however, would be a blow to Britain`s plans to build a nuclear plant that was meant to provide 7 percent of the country`s electricity. Reuters was the first to report last month that Toshiba was considering liquidating NuGen.

South Korea`s state-run Korea Electric Power Corp (KEPCO) has been in talks with Toshiba to buy a stake in NuGen. South Korea`s energy ministry said on Thursday it will closely coordinate with the British government on the NuGen project, while monitoring the liquidation process with KEPCO.

On the LNG project, Toshiba did not identify the buyer, saying that it was a foreign entity and will be announced later in the day. It will be paying the buyer $800 million to assume its commitment to purchase 2.2 million tonnes per year of the fuel from Freeport LNG in Texas.

The company has spent years trying to either sell the gas to power customers or offload the business after signing the 20-year contract to buy LNG from Freeport.

The Nikkei business daily reported on Thursday, without citing a source for the information, that the buyer is a unit of Chinese gas company ENN Group. An ENN Group spokesman said when contacted by Reuters that he was not aware of the deal.