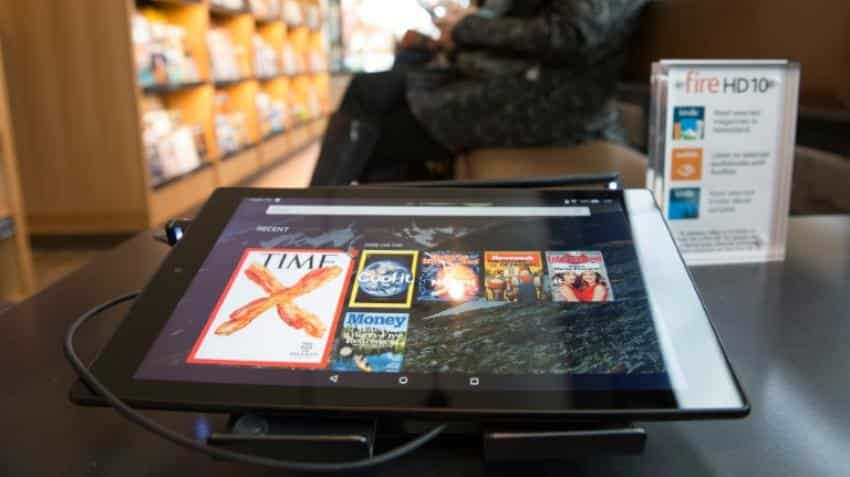 Apple dominated the tablet market with a share of 21.5%, some 9.3 million iPads, strengthening its position despite shipping 6.2% fewer than in the same quarter last year, IDC reported. Representational Image. Image Source: AFP

The tablet market shrank in the recently-ended quarter, as shipments of bargain-priced computers with detachable screens hit a record high, according to market analysis firm International Data Corporation (IDC).

Tablet makers shipped 43 million units in the quarter, down 14.7% from the number shipped in the same period a year earlier, according to an IDC global quarterly report.

Meanwhile, shipments of "detachables," computers with screens that can dock into keyboards to be used laptop style or undocked and used tablet style, priced less than $200 surged, IDC analysts said.

Precise numbers for detachable computers were not provided in the IDC release.

"The race to the bottom is something we have already experienced with slates and it may prove detrimental to the market in the long run as detachables could easily be seen as disposable devices rather than potential PC replacements," said IDC analyst Jitesh Ubrani.

Apple dominated the tablet market with a share of 21.5%, some 9.3 million iPads, strengthening its position despite shipping 6.2% fewer than in the same quarter last year, IDC reported.

Samsung held on to the number two position, prompting IDC to conclude that there appeared to be no "bleed over" from a massive Galaxy Note 7 recall that has tarnished the South Korean giant's image.

Samsung shipped 6.5 million tablets in a drop of 19.3% from the same quarter a year earlier, according to IDC.

Meanwhile, online retail titan Amazon shipped more than three times as many of its Fire tablets -- a total of 3.1 million in the quarter -- with credit given to low prices and deep discounts.

Lenovo tablet shipments were down 10.8% in the quarter to 2.7 million, while fifth-place Huawei shipped 2.4 million tablets in an increase of 28.4% from the third quarter of last year as the Chinese companies filled out the top five spots in the market, IDC reported.