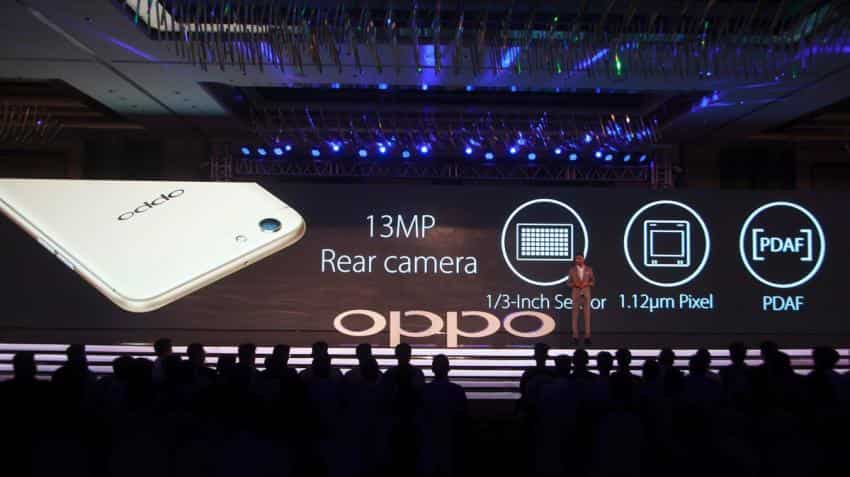 During the launch of the Oppo F3 the company also took to announce its association with the Indian cricket team as the official team sponsor and showcased the new India team jersey's with the Oppo branding. If you recall Oppo Mobiles won the Team India sponsorship rights in March for a period of five years for Rs 1,079.29 crore. It also unveiled a India team branded Oppo F3 smartphones.

The Oppo has a 13 megapixel rear camera with LED flash and the key feature of the Oppo F3 is the dual camera with a 16 megapixel and 8 megapixel cameras in the front for selfies. It has a 'Group Selfie' mode.

The smartphone has a 5.5 inch full HD display with Corning Gorilla Glass 5 protection. It has enhanced screen visibility. It is powered by an octa-core MediaTek MT6750T SoC coupled with 4GB RAM.

The Oppo F3 comes with a 64GB internal storage with expandable memory via microSD card. The phone will also have dual-SIM slot as well. In terms of the battery it has a 3200mAh battery.

It has fast finger print recognisation. It has triple card tray with dual sims and the microSD card. You can also access two WhatsApp accounts with dual sims, without the need for another phone.