Chinese smartphone brand Oppo Mobiles on Tuesday bagged the sponsorship rights for the India Cricket team, one of the most sought-after advertising properties in India. 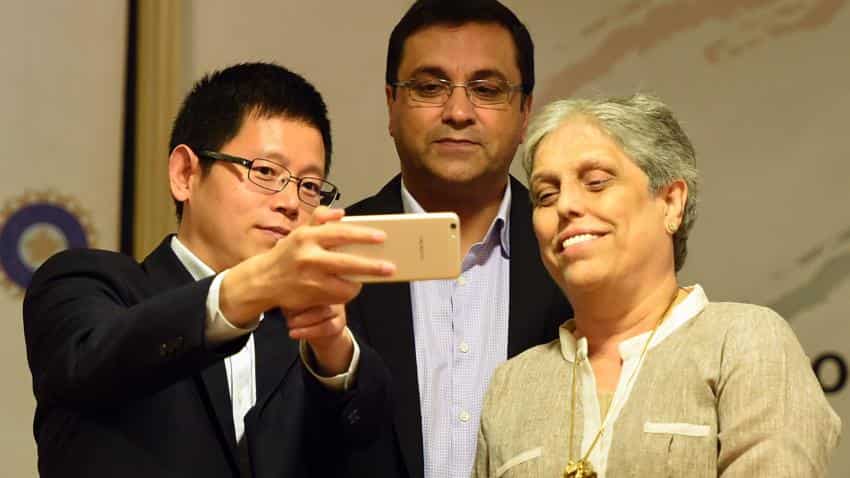 Chinese smartphone brand Oppo Mobiles on Tuesday bagged the sponsorship rights for the India Cricket team, one of the most sought-after advertising properties in India.

The Board of Control for Cricket in India (BCCI) announced that Oppo Mobiles has signed a 5-year deal worth Rs 1,079.29 crore. This means that that Oppo Mobiles branding will now be featured prominently on the Indian Cricket team jerseys and kit.

The Chinese smartphone brand replaces Indian brands that used to adorn the blue uniform of the cricket teams (men and women).

Oppo Mobiles, which entered the Indian market just over 2 years ago, has managed to make great strides in the India smartphone market. The company is currently at fifth spot grabbing 8.6% share of the India's overall smartphone market in 2016, according to research firm IDC.

The Chinese smartphone maker is now looking to go for the kill. After signing up Hrithik Roshan and Sonam Kappor as its brand ambassadors, Oppo has now turned to Cricket.

It is not only Oppo Mobiles, but another Chinese smartphone brand Vivo that won sponsorship rights for Indian Premier League (IPL) tournament for two years at Rs 100 crore a year.

While the India cricket team sponsorship had been declining due to the number of issues plaguing the sport and its bodies in India, it seems that Chinese smartphone brands have come to BCCI's rescue by splurging much more money to acquire the sponsorship rights.

The media company decided not to bid for the renewal of the contract in April 2017 citing lack of clarity after the recent turmoil in the Indian cricket board, according to media reports.

However, this did not stop Oppo Mobiles from splurging Rs 4.17 crore per bilateral match and Rs 1.51 crore per ICC match. This is highest that any brand in recent history has paid for acquiring the India cricket team sponsorship rights.

Even Vivo too had bid for Rs 768 crore for the rights but lost out to Oppo's higher bid.

Like Oppo Mobiles, Vivo took the opportunity to grab the IPL sponsorship rights when Indian and other international brands were either mulling over or pulling out of the scandal-ridden tournament.

PepsiCo pulled out the title sponsorship for IPL scandals of match fixing broke out in 2015.

However, that did not stop Vivo from taking the rights and spending even more than Pepsi to acquire it. Pepsi was paying Rs 80 crore per year for the rights, while Vivo took a 2-year deal for Rs 100 crore a year.

It seems that while Indian and other international brands might be picky in sponsoring cricket due to the controversies, Chinese brands seem to have realised that despite the controversies surrounding the game it will still be the most watched platform in India.