Moto E4 expected to be launched in India at Rs 8,999; Moto E4 Plus to launch soon

The Moto E4 was reportedly available in India through retail priced at Rs 8,999 and the Moto E4 Plus is expected to be in India soon. 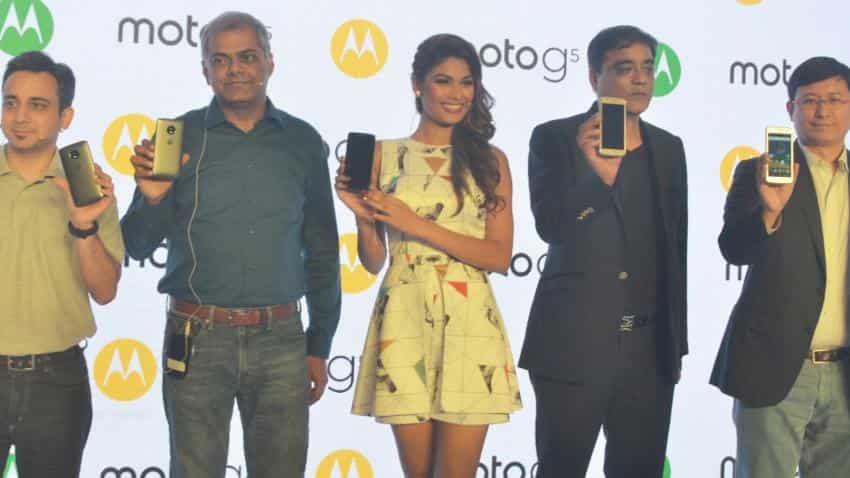 Moto E4 Plus with 5,000aAh battery expected to be launched soon

Mahesh Telecom, a Mumbai-based retailer, recently posted a video of the unboxing of the Moto E4 on Monday. Besides revealing the price of the Moto E4, it also revealed the smartphones specifications.

This includes a MediaTek MTK6737M 1.3 GHz quad-core processor which is different from the Snapdragon processor in the US version of the Moto E4. Besides this, the Moto E4 comes with a 5-inch HD display and runs on Android 7.1 Nougat. It also has a 2GB RAM and 16GB internal storage, which is expandable via microSD card.

In terms of the camera, the Moto E4 features a 8 megapixel camera on the rear and 5 megapixel front facing camera. It also is packed with a 2800mAh battery and will be available in India in two colour variants, ie Liquorice Black and Fine Gold.

The Moto E4 Plus comes with a much larger display of 5.5 inches and larger battery capacity of 5000mAh.

Apart from this, it has slightly higher 1.4GHz quad-core MediaTek MTK6737M processor. The RAM and internal storage capacity is the same with 2GB RAM and 16GB internal storage. The storage can be expandable via microSD card.

In terms of the camera, the Moto E4 Plus packs a 13 megapixel rear camera and 5 megapixel front camera for selfies. It also comes with Android 7.1 Nougat operating system.

Moto E4 Plus with 5,000aAh battery expected to be launched soon