Moto C and Moto C Plus is expected to be out in the Indian market by June. 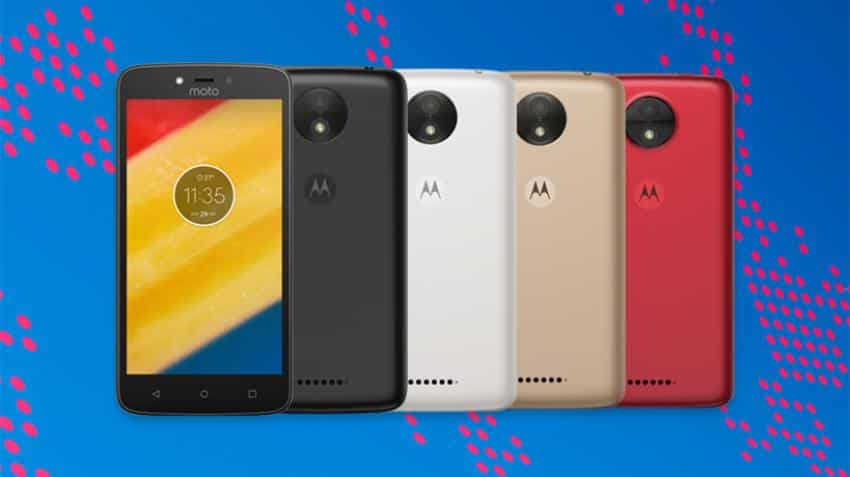 Here's how you can buy Moto G5 on Amazon India; pricing, specs & more

The Moto C comes with a 5-inch FWVGA display and runs on Android 7.0 Nougat. The smartphone is powered by a 1.1GHz MediaTek MT6737M quad-core Cortex-A53 processor.

Both the 3G and 4G variants of Moto C comes with a 1 GB RAM. In terms of storage the Moto C comes in a 8GB internal memory variant and 16GB internal storage variant. It has the option to expand the memory to 32GB via microSD card.

The Moto C has a 5-megapixel camera sensor on the rear and has a 2 megapixel selfie camera in the front. It has a 2350mAh battery and comes in colours such as metallic cherry, pearl white, fine gold and starry black.

The Moto C Plus comes with a 5-inch display and is powered by a 1.3GHz MediaTek MT6737 quad-core Cortex-A53 processor. It has 2GB RAM and has a 16GB internal memory.

In terms of the camera it has 8 megapixel rear camera with f/2.2 aperture, autofocus, a LED flash and more. The Moto C Plus has a 4000mAh battery.

The smartphones are expected to be launched in India in June.

Here's how you can buy Moto G5 on Amazon India; pricing, specs & more