Ola has raised about Rs 1,675 crore in a fresh funding round from Japan's SoftBank in order to compete with its rival taxi aggregator Uber in India. 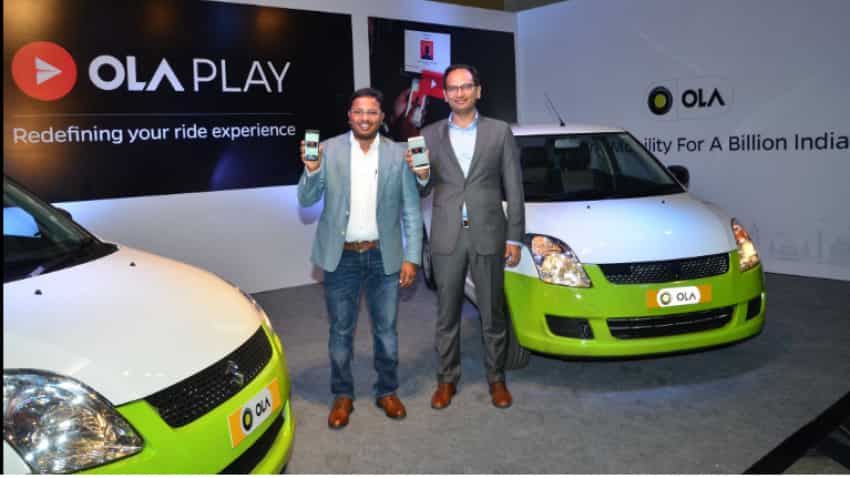 1. Ola has raised about Rs 1,675 crore in a fresh funding round from Japan's SoftBank

With a goal to compete with Uber in India, homegrown taxi hailing app company Ola has raised about Rs 1,675 crore from Japan's SoftBank in a fresh funding round, PTI reported.

According to the news report, SoftBank subsidiary SIMI Pacific Pte picked 12,97,945 shares valued at Rs 10 at a premium of Rs 12,895 in ANI Technologies -- which runs Ola -- filings with the Registrar of Companies showed.

The allotment of shares was done in November last year, it added. However, Ola's latest funding is believed to have come at a lower valuation, the report said.

The report citing the sources further said that the latest move comes at a time when Softbank is working on selling Snapdeal, an e-commerce platform it invested heavily in India, to larger rival Flipkart.

Ola, the Bengaluru-based firm was aggressively looking at raising funds to compete with Uber, the world's most valuable start-up.

Uber after selling its Chinese business to Didi last year, has now set sights on India making it one of its top priorities, cited the news report.

Though Indian Internet companies have seen a boom in user base, their valuations have come down as investors are now focussing on path to profitability and building a sustainable business model, it said.

Flush with private equity and venture capitalist money, many start-ups continue to have high burn rate that has been a concern for investors.

The country's leading domestic e-commerce firm Flipkart earlier this week had raised $1.4 billion from Tencent, eBay and Microsoft in a round that saw its valuation fall from $15 billion to $11.6 billion at present.

ALSO READ:  App-based cabs to drive down the demand for new cars by 5%