If the deal of the Snapdeal's sale to Flipkart goes through it may offer Rs 193 crore bonanza to its staff wherein the founders will give half of their payout ($30 million) for the proposed scheme which would cover all current employees of Snapdeal. 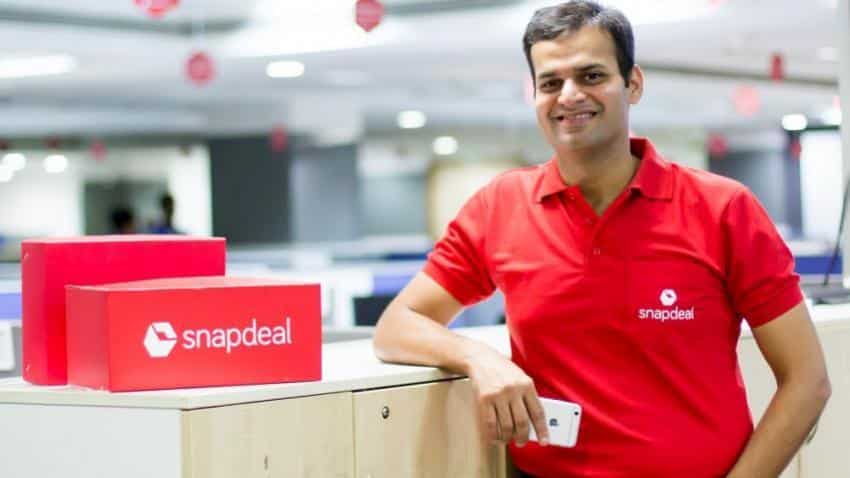 It has managed to get Board members, which also includes the founders Kunal Bahl and Rohit Bansal and early investors Kalaari and Nexus Venture Partners, to agree to the potential deal. Image Source: Official Website
Written By: PTI
RELATED NEWS

Sale of a company often leaves employees high and dry, but not in the case of Snapdeal that may offer a Rs 193 crore bonanza to its staff if the homegrown e-commerce firm is taken over by larger rival Flipkart.

According to sources, if the deal goes through, the founders will give half of their payout ($30 million) for the proposed scheme which would cover all current employees of Snapdeal.

"The founders have asked the Board to carve out $30 million (about Rs 193 crore) from their settlement for payouts to the Snapdeal team. They want to ensure that the team does not get sidelined in any manner," they added.

Some former senior executives of Snapdeal, who have left the firm in the last 12 months, could also benefit from the process.

E-mails sent to Snapdeal did not elicit any response.

The intent is also to compensate for the ESOPs that were issued to senior employees.

The value of their shares and options have eroded and would be worthless once the deal is signed, one of them said.

Interestingly, the deal-linked payment would also be extended to employees who do not own ESOPs to reward those staying on with Snapdeal till the proposed transaction with Flipkart is complete.

If the deal goes through, Snapdeal founders will get $60 million (cumulative), of which half will be given to employees.

It has managed to get Board members, which also includes the founders (Kunal Bahl and Rohit Bansal) and early investors Kalaari and Nexus Venture Partners, to agree to the potential deal.

Nexus Venture Partners could get close to $80 million and a stake in the merged/new entity, while Kalaari could get about $70-80 million.

ALSO READ: Snapdeal founders agree to $15 million each deal with SoftBank for sale to Flipkart

As per regulatory filings, SoftBank currently owns over 30% in Snapdeal, while Nexus has roughly a 10% stake and Kalaari holds 8% share in the firm.

A non-binding term sheet to start the due diligence by Flipkart for Snapdeal is expected to be signed soon between the two parties.

In the past few months, Snapdeal has seen a number of voluntary and involuntary exits. While the company has hiked salaries by up to 15%, employees are concerned about their future as the impending takeover looms ahead.

One of the leading contenders in the Indian e-commerce space, Snapdeal has seen its fortunes failing amid strong competition from US-based Amazon and Flipkart.

Compared to a valuation of about $6.5 billion in February 2016, the sale to Flipkart could see Snapdeal being valued at about $1 billion.

SoftBank had recently said it suffered a loss of $1 billion (Rs 6,500 crore) on its investment in Snapdeal during 2016-17, almost matching the money it put in the home-grown marketplace.

The deal between Snapdeal and Flipkart, if completed, would mark the biggest acquisition in the Indian e-commerce space and change the landscape of the sector that is witnessing intense competition among players.