Flipkart has made an informal offer to buy rival Snapdeal for $1 billion in an all-stock deal. 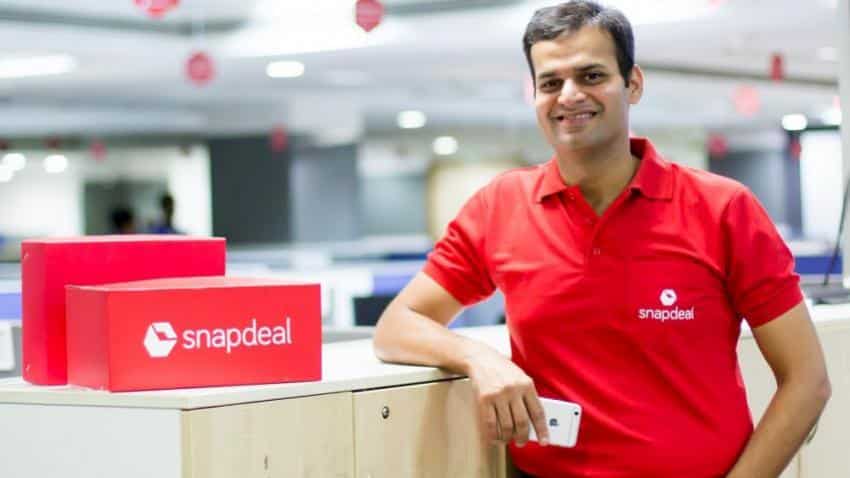 After Snapdeal's founders Kunal Bahl and Rohit Bansal and early investors Nexus Venture Partners accepted SoftBank's offer for the sale of the e-commerce company to Flipkart, the stage is all set for the acquisition. Flipkart has made an informal offer to buy rival Snapdeal for $1 billion in an all-stock deal, according to a Live Mint report.

The report said that Flipkart's offer is a non-binding one and a formal term sheet will be signed over the next few days. The process is expected to commence as early by next week.

While Snapdeal's founders accepted the offer of $15 million each for the stake and Nexus Venture Partners would get $50-60 million for its stake in the company.

Though the board of Snapdeal has not reached to a consensus on the exit payouts to Nexus and Kalaari Capital, both these investors have mutually given the go-ahead for the deal to be signed and taken through due diligence.

Around 21 investors have invested close to $2 billion into Snapdeal over the years from 12 rounds of funding. 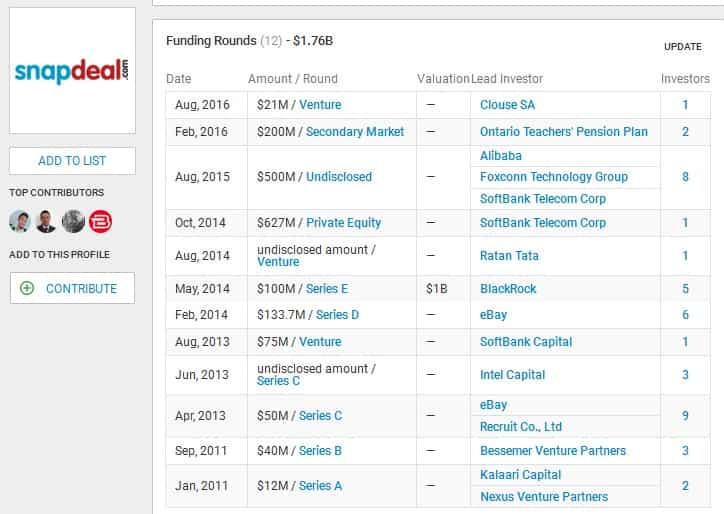 This means that not only SoftBank but many of Snapdeal investors will be incurring a hefty loss on their investment into the e-commerce firm.

SoftBank on Wednesday wrote off over $1 billion (Rs 6,400 crore) from its Snapdeal investment.

This is because SoftBank was the largest investor in the Indian e-commerce company as it has invested on three separate occasions into the company. SoftBank first funding to Snapdeal came in August 2013 where it invested $75 million.

Buoyed by the potential of the e-commerce market and the inflated valuations, it invested a massive $627 million in October 2014. This was Snapdeal highest investment from a round of funding and from any single investor, taking its investment into the company to $702 million.

A year later SoftBank along with seven other investors including Alibaba and Foxconn Technology Group invested $500 million into Snapdeal in August 2015.

Nexus Venture Partners and Kalaari Capital were Snapdeal's first investors which put in $12 million into the company in its Series A round of funding in January 2011.

Both these early investors, however, seem to be winners as they are expected to receive big payouts from their stake sale. As mentioned earlier, Nexus Venture Partners $50-60 million from SoftBank for its stake in the company, while Kalaari Capital has already earned about $100 million from its investment in Snapdeal via secondary sales, says an Economic Times report.

In September 2011, Snapdeal received $40 million from Bessemer Venture Partners and two other investors in a Series B round of funding.

In April 2013, eBay and Recruit Co and seven other investors invested $50 million in Snapdeal in Series C round of funding. Ebay further invested $133.7 million into the company in May 2014.

Intel Capital in June 2013 had invested an undisclosed amount into Snapdeal in a Series C round of funding.

Another investor into Snapdeal was BlackRock which along with four other investors put in $100 million in a Series E round of funding in May 2014.

In August 2014 Ratan Tata invested an undisclosed amount into Snapdeal.

Some of the latest funding which Snapdeal received was $200 million in February 2016 from Ontario Teachers' Pension Plan and $21 million in August 2016 from Clouse SA.

And where did all this investor money go? One answer is in the number of acquisitions it made. During this time Snapdeal has made 13 acquisitions, the highest was $400 million for FreeCharge which now it is likely to sell to Paytm for $90-45 million.

Also read: How Snapdeal's downfall is Paytm's gain with FreeCharge

The other is the high spends on marketing and the huge discounts. For instance, it spend Rs 200 crore on rebranding and marketing at the end of 2016.