Such a move would allow SoftBank, which owns more than a 30 percent stake in Snapdeal, to consolidate its ownership position and put it in the driver`s seat to negotiate any deal. 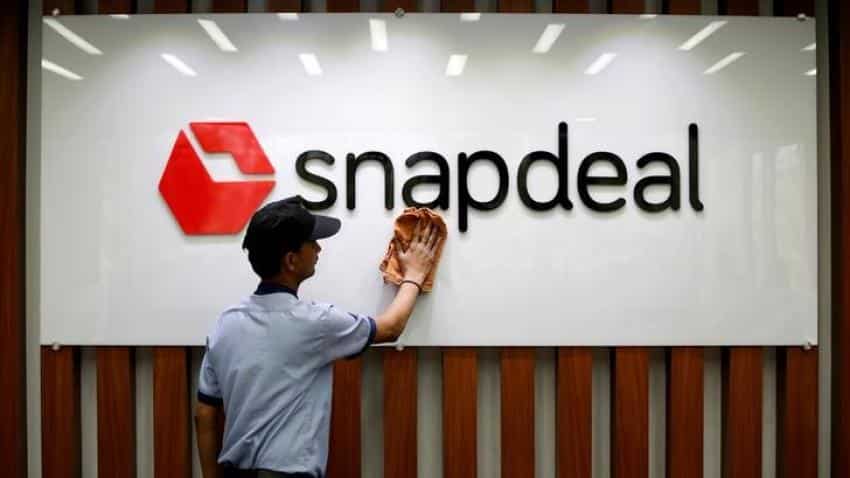 An employee cleans a Snapdeal logo at its headquarters in Gurugram. Photo: Reuters
Written By: Reuters
RELATED NEWS

Snapdeal`s three biggest investors - Japan`s SoftBank, Kalaari Capital and Nexus Venture Partners have moved closer to resolving an impasse, potentially clearing the way for a sale of the e-tailer to one of its rivals, Flipkart or Paytm, according to a Mint report, citing unnamed sources.

The newspaper report said that at a board meeting of Jasper Infotech, the company behind Snapdeal, on Tuesday, SoftBank showed interest in buying a part of the stake owned by Kalaari and Nexus.

Such a move would allow SoftBank, which owns more than a 30 percent stake in Snapdeal, to consolidate its ownership position and put it in the driver`s seat to negotiate any deal.

The newspaper said Kalaari and Nexus are seeking a sum of $100 million each for their stakes. Snapdeal promoters Kunal Bahl and Rohit Bansal have also asked SoftBank for a $100 million payout to them and their management teams in order to clear the way for a sale.

A spokeswoman for Snapdeal said no decision has been taken by the board on any matter thus far.

Separately the Economic Times citing a source reported that a sale of Snapdeal to Flipkart is more likely than a sale of the company to smaller e-commerce rival Paytm, as Flipkart`s valuation of Snapdeal was much better.

A representative of Flipkart said that the company does not comment on market speculation.