BIG BLOW to common man: Retail inflation rises to 5.03 per cent in February, food inflation shoots up to 3.87 per cent 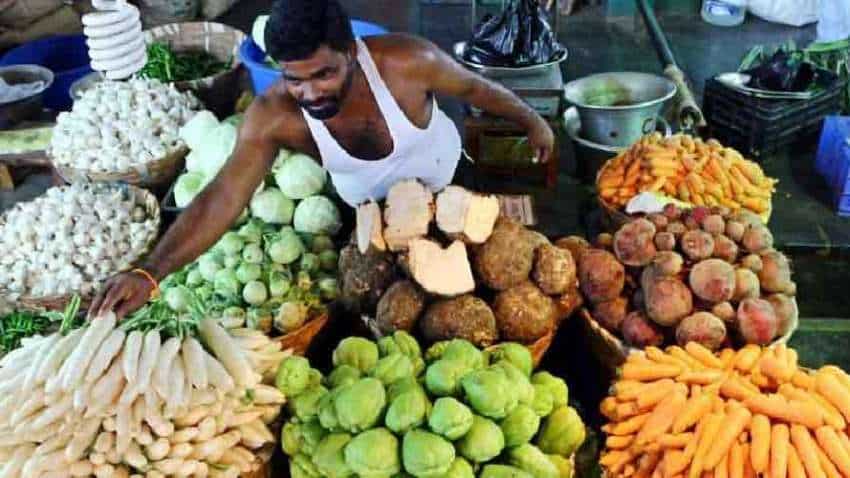 The rate of price rise in the food basket accelerated to 3.87 per cent in February, as against 1.89 per cent in the preceding month, as per data released by the National Statistical Office (NSO). Inflation in ‘fuel and light’ category remained elevated at 3.53 per cent during the month vis-a-vis 3.87 per cent in January.

The Reserve Bank, which mainly factors in the retail inflation while arriving at its monetary policy, has been asked to keep CPI inflation at 4 per cent with a margin of 2 per cent on either side, as per a PTI report.

Meanwhile, Industrial production also re-entered the negative territory by contracting 1.6 per cent in January, mainly on account of the decline in output of capital goods, manufacturing and mining sectors, reported PTI.

The output of the manufacturing sector -- which constitutes 77.6 per cent of the Index of Industrial Production (IIP) -- shrank by 2 per cent in January, as against a growth of 1.8 per cent during the same month last fiscal, as per data released by the government on Friday.

The worst performance was witnessed by the capital goods sector, which recorded a contraction of 9.6 per cent during the month under review, compared to a 4.4 per cent decline a year ago.

A contraction of 3.7 per cent was registered in the mining sector in January, against a positive growth of 4.4 per cent in the year-ago period.

Meanwhile, the National Statistical Office (NSO), which releases the IIP data, has revised upwardly the IIP number for December 2020 from an earlier estimate of 1 per cent to 1.56 per cent.

The factory out was in negative territory in November 2020. It had posted positive growth during September and October 2020.

Aditi Nayar, Principal Economist, Icra, told PTI that the slippage of consumer goods back into a year-on-year de-growth in January 2021 is a key disappointment.

"We remain circumspect regarding the intensity of the rebound in consumption immediately after the vaccine rollout widens, as some categories of households may choose to rebuild the savings that they had drained during the lockdown and post-lockdown period," she said.

The IIP contracted by 12.2 during April-January as against an almost flat growth of 0.5 per cent seen in the same period last fiscal.