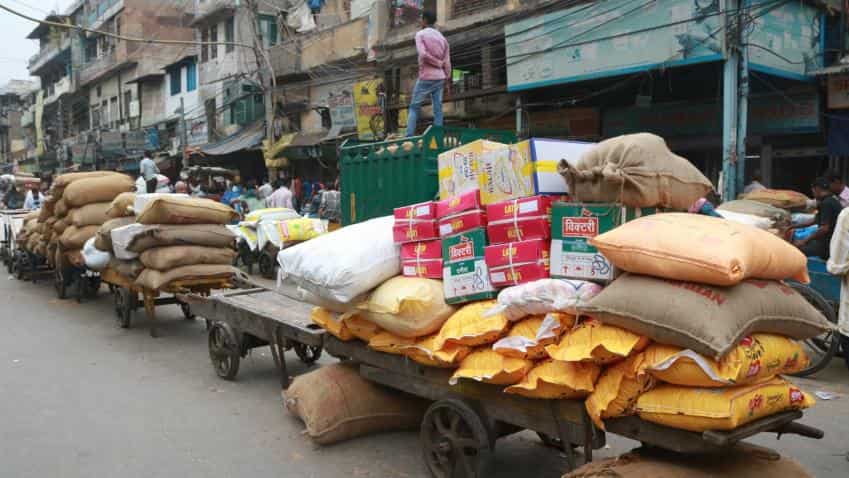 The Ministry of Statistics and Program Implementation will be releasing India's two key macro-economic indicators; namely Consumer Price Index (CPI) or retail inflation for the month of August 2017 and Index of Industrial Production (IIP) for July 2017 on Tuesday.

A Reuters poll of nearly 40 economists predicted higher CPI to 3.20 % in August from a year ago on higher frequency in food prices

This was on the back of sharp rise in vegetable prices, excluding which, CPI inflation was unchanged at 2.9% YoY in July versus the preceding month. Core inflation also inched up slightly from 3.8% in June to 4.1% in July.

According to Morgan Stanley, the uptrend in CPI is likely to continue in the coming months, limiting the space for further monetary easing.

Nikhil Gupta and Rahul Agarwal, analysts at Motilal Oswal said, "An adverse base effect is set to kick in from August, which should push up CPI inflation in the near term."

In ICRA's view, while the volume of monsoon rainfall is near-normal at 3% below the long period average, its uneven geographic spread poses a concern, particularly the substantial 16% shortfall in precipitation in South Peninsula.

It added, "The YoY decline in sowing of various oilseeds (-9.9%), pulses (-1.6%) and coarse cereals (-1.5%), may affect their prices and exert some upward pressure on the CPI inflation in coming months."

Food and beverage inflation, which holds nearly 50 % of the CPI basket is expected to have rebounded in August after prices fell in the three previous months.

Teresa John, analyst at Nirmal Bang also expects CPI to be at 3%. She said, "While we have witnessed some moderation in the prices of tomatoes which largely contributed to the spike in inflation in July 2017, onion prices registered a spike in July-August 2017.

Reason behind this IIP fall was manufacturing - which fell 0.4% on account of de-stocking in the run-up to GST implementation. Decline was broad-based, with nearly two thirds of the sector reporting a contraction in output.Growth in mining & electricity production was also sluggish.

IIP has risen by just 2% YoY in 1QFY18 – the slowest pace in eight quarters.

As per ICRA, the early indicators for IIP in July, such as the sharp improvement in YoY expansion of automobile production, modest rise in growth of electricity generation and narrowing contraction in output of Coal India Limited, offer a contrast to the sub-50 PMI reading for that month.

Given the fabourable base effect and the rebuilding of inventories post-GST, ICRA expect the IIP to revert to a YoY rise in July 2017, although the pace of growth may continue to trail the 5.2% recorded in July 2016.

Nirmal Bang estimates IIP to be at  0.7% YoY for July 2017, up from -0.1% YoY in the previous month as it sees the sluggishness in industry on account of implementation of GST to continue in 2QFY18.