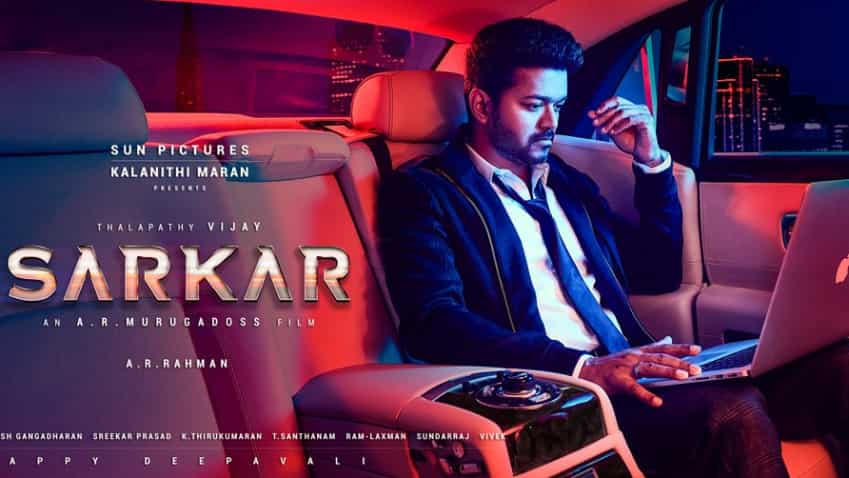 Sarkar box office collection: Vijay starrer Tamil political thriller is doing very brisk business despite being mired in controversy. The movie has seen great collections, garnering a massive over Rs 150 crore. However, the AR Murugadoss directed movie had to bow down to  political  pressure over some scenes. Finally, Sarkar producer Sun Pictures had to remove these objectionable scenes for the movie to continue its smooth run in theatres.

Film analyst Sreedhar Pillai took to Twitter to say, "#Sarkar team celebrates the success of the film by cutting a cake with the #freebies thrown in as icing like mixie & grinder! The film has also crossed worldwide gross of ₹150 Cr+," .

Entertainment Industry Tracker Ramesh Bala in his Twitter post shed light on the film's performance in Andhra and Telangana by posting this message, "AP/TG become the first states where #Sarkar has done break-even in #India - ₹ 7.5 Crs share which equals the price it was sold to distributors."

The film is expected to do well at the box office as there is no challenge for another week ahead, but as some regions show, it is not all going Vijay's way.