Sarkar box office collection: The Vijay starrer Tamil film is buzzing at the box office despite getting mired in controversy. 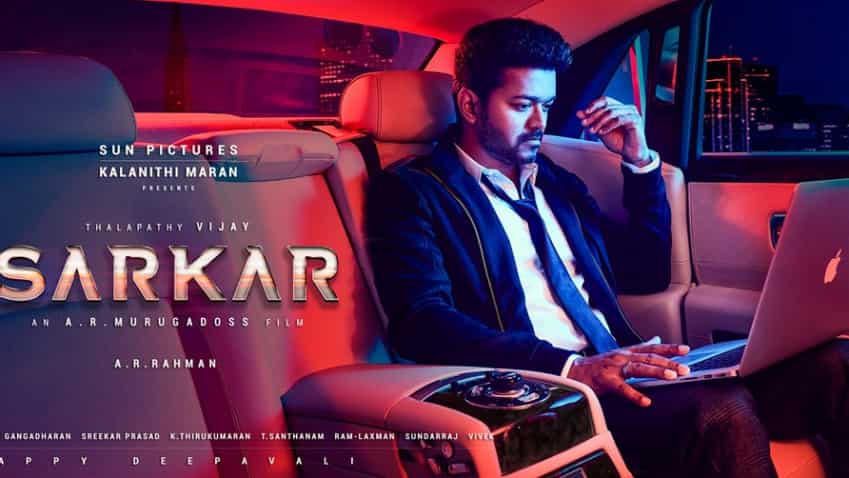 Sarkar box office collection: The Vijay starrer Tamil film is buzzing at the box office despite getting mired in controversy. The political thriller has already earned approx Rs 158-160 crore gross by Day 4 worldwide. AR Murugadoss directed film had to bow down to the pressure from AIADMK to cut some scenes. The film has received good response from the audience.

The collection of Sarkar is expected to see an upsurge as there is no competition in the theatres till November 16, 2018.
"#Sarkar 4 Days Worldwide Collection is approx ₹ 158-160 cr Gross. First week Collection would probably be Mammoth ₹ 195-200 cr. Gross.  @ARMurugadoss #ThalapathyVijay," film trade analyst Sumit Kadel tweeted.

Vijay's flick 'Sarkar' kicked up a row with the ruling AIADMK, as a scene showed freebies being thrown into fire. The party had objected to a woman character, saying it was a reference to late chief minister J Jayalalithaa and her welfare schemes.

Sarkar producer Sun Pictures has removed the scene, bowing down to the pressure.

Another film that too released on Diwali has not gone down well with the audience. The Aamir Khan and Amitabh Bachchan starrer big budget film was expected to make big cut in box office collection. The film has not received good review from critics.

Earnings too was lower than expected.