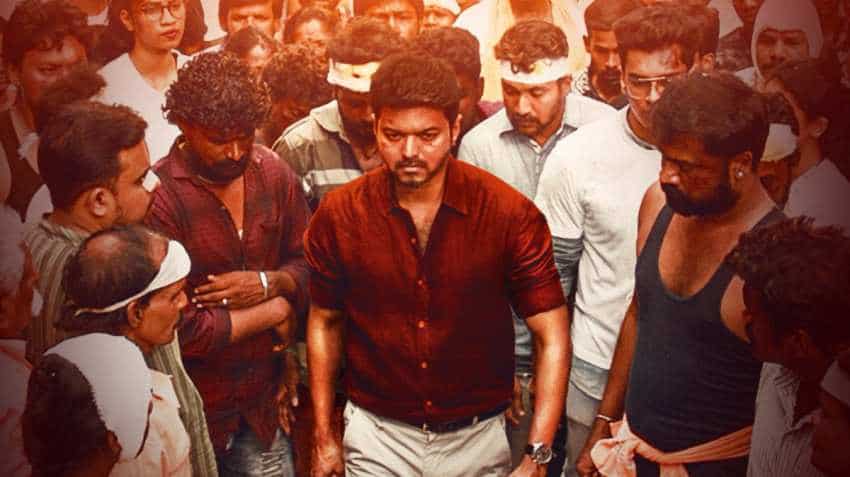 Sarkar Box Office Collection: There is no stopping Thalapathy Vijay starrer 'Sarkar'. The film has not just braved a political controversy in Tamil Nadu but also literally set the box office on fire. In just 7 days, Sarkar has grossed over Rs 200 crore worldwide and looks set to surpass Vijay's biggest hit Mersal.

Considering the pace at which the film is earning money, it won't be surprise if it also beats Rajinikanth starrer Kabali too. That too when Sarkar has been released only on 3,200+ screens while Kabali had 4300+ screens at the outset. Kabali had collected Rs 286 crore worldwide, as per trade experts, while Mersal grossed Rs 251 crore.

AR Rahman has composed the music for Sarkar.

Vijay's flick had kicked up a row with the ruling AIADMK in Tamil Nadu, as a scene in the film showed freebies being thrown into fire. The party had objected to a woman character, saying it was a reference to late chief minister J Jayalalithaa and her welfare schemes.

Bowing down to pressure, the producers decided to cut some scenes from the movie, but it received good response from the public.