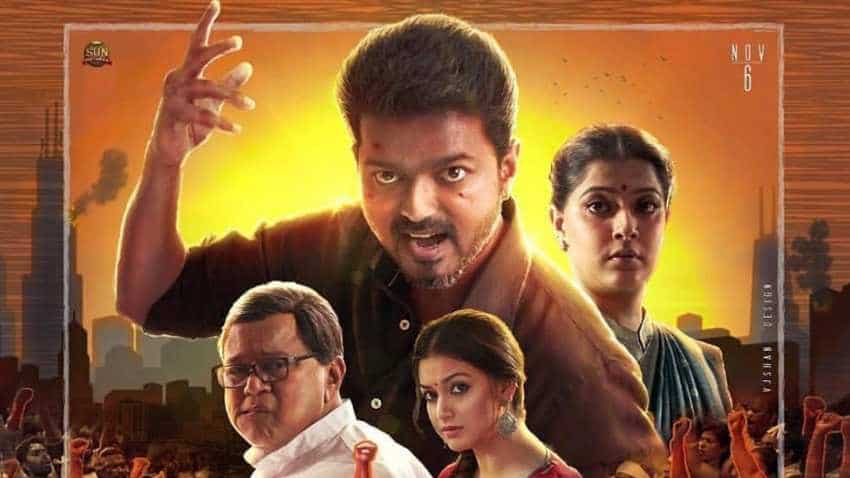 The film has scripted history by earning Rs 110 crore in two days after it was released on Tuesday, November 6. Image Source: Twitter

Sarkar box Office Collection: AR Murugadoss film 'Sarkar' is inching towards Rs 150-crore mark. The film features stars like Vijay and Keerthi Suresh in lead roles. The film has scripted history by earning Rs 110 crore in two days after it was released on Tuesday, November 6.

In the day 3 collection worldwide gross income of the movie is around Rs 144-145  crore. Trade analyst Sumit Kadel tweeted about the massive Sarkar collection: #Sarkar 3 Day Worldwide Gross is HUGE ₹ 144-145  cr. The film has earned big in Chennai alone within and is expected to do very well on weekends especially as the controversy surrounding it has been lifted and now Sarkar is not facing any hurdles from the political front. In fact, despite the controversy, strangely the political thriller seems to be doing well at the box office. Sarkar film has earned nearly Rs 5 crore in the US.

The row over 'Sarkar' blew over Friday with its producers voluntarily cutting scenes as the film had some scene including an apparent reference to late a chief minister and criticism of welfare schemes initiated by the government. The government welcomed the move by the filmmakers.

Protests had been sparked over the 'objectionable' scenes, prompting the makers to delete the scenes, later the problem was solved and Information and Publicity Minister Kadambur C Raju welcomed the movie by saying "issue has come to an end". No more protests would now be staged against the movie, it was indicated by authorities.

This is not the first time when Vijay's movie is into the limelight of controversy. His last film 'Mersal', which was released in 2017, too had was hit by controversy after the BJP objected to some scenes.