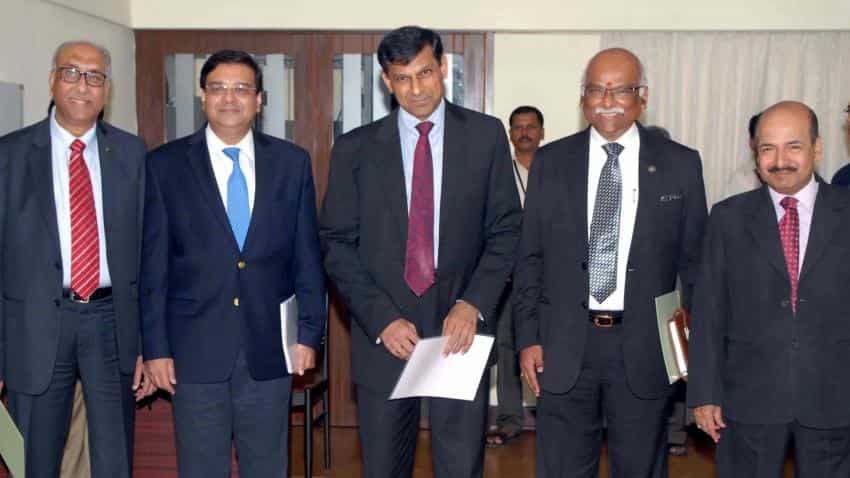 Friday, September 2, 2016, marked the last working day for Reserve Bank of India Governor Raghuram Rajan. He will step down from the position on Sunday, September 04, and make way for governor-in-waiting Dr Urjit Patel to take his place.

Rajan, in a departure from tradition, announced his exit in a letter to his colleagues at the RBI, on June 18, stating that he will return back to academia once his term comes to an end. On August 25, the Finance Ministry announced that Deputy Governor Patel will become the 24th RBI Governor.

September 4 not only marks the end of Rajan's three-year term, the shortest for any governor since 1991, but also an end of an era where Indian central bank governors will have the last say in the monetary policy decision.

The last bi-monthly monetary policy annoucnement by Rajan on August 9, marked an end to this regime where a governor had the power to go against the majority opinion on key interest rates and decide whether to cut, hike or maintain status quo. Now on, a Monetary Policy Committee (MPC) will make the decision, with the governor only getting a say or a casting vote in the event of a tie. The MPC will have three members from the apex bank and three representatives appointed by the government.

About a month after every bi-monthly monetary policy, the central bank releases a statement about how the members of the policy committee currently the Technical Advisory Committee (TAC) voted, and whether the RBI governor, currently, Rajan, adhered to the decision of the majority or went against it. This has been the practice since February 2011.

Untitled chart
Create your own infographics

A look at all these statements from Rajan's three-year term reveals that Rajan, on most occasions, accepted the majority's view on the monetary policy decision, RBI data showed.

The data showed that since October 2013, when Rajan announced his first bi-monthly monetary policy as the RBI governor in September, he went against the majority's decision only once.

This was the bi-monthly policy on September 30, 2014. At the time, Rajan had maintained status quo on key interest rates. According to TAC report, four out of the seven memeber present had recommended a rate cut, while three favoured no change. The TAC has 11 members.

In the January 28, 2014, monetary policy, the TAC report said, that out of the 10 members present, four member had suggested no rate cut, while the other six had vouched for a hike in interest rates. Rajan hiked the repo rate, which is the rate at which the RBI lends to the banks, by 25 basis points (bps) to 8%. 100 basis points make a percent.

"On the basis of an assessment of the current and evolving macroeconomic situation, we have decided to increase the policy repo rate under the liquidity adjustment facility (LAF) by 25 basis points to 8%", Rajan had said in his monetary policy statement.