The meetings of MPC will be held at least four times a year and it will publicise its decisions after each meeting. 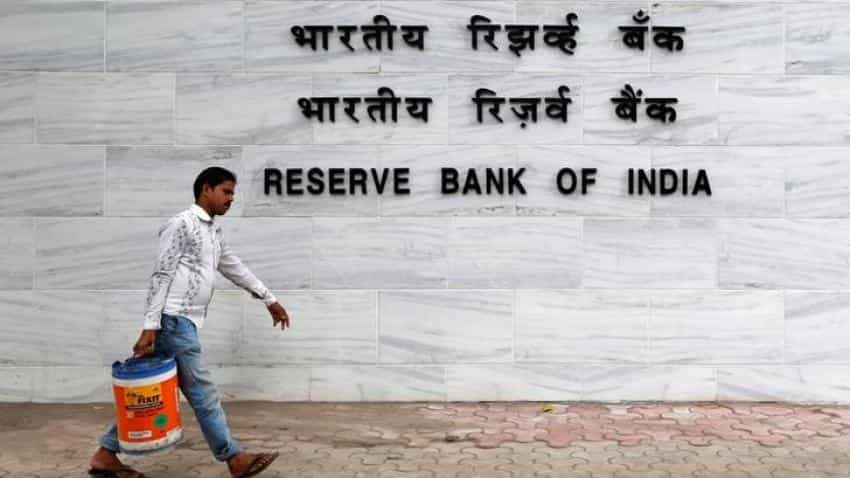 Governor has overriding powers to accept or reject the recommendation of the Reserve Bank of India's panel on monetary policy. Photo: Reuters
Written By: PTI
RELATED NEWS

In a sweeping change, government on Monday enforced a law for setting up a broad-based, 6-member committee that is likely to decide on interest rate at the next monetary policy in August, with RBI Governor having a casting vote in case of a tie.

Under the current system, the Governor has overriding powers to accept or reject the recommendation of the Reserve Bank of India's panel on monetary policy. The government has kicked-off the process of setting up a Monetary Policy Committee (MPC), which will take over the job of interest rate setting from the central bank. "The Government has decided to bring the provisions of amended RBI Act regarding constitution of MPC into force on June 27, 2016 so that statutory basis of MPC is made effective," said and official statement.

MPC will set interest rates by majority, with a casting vote for the central bank governor in the event of a tie. Officials said the MPC is likely to be in place by next month and the monetary policy review scheduled on August 9 will be done by the committee. The review will be the last monetary policy of RBI Governor Raghuram Rajan, who completes his three-year term on September 4. Out of the six Members of MPC, three will be from RBI -- the Governor, who will be the ex-officio Chairperson; a deputy Governor and an executive director.

The other three members will be appointed by the Central Government, on the recommendations of a Search-cum-Selection Committee, which will be headed by the Cabinet Secretary. "The Rules governing the Procedure for Selection of Members of Monetary Policy Committee and Terms and Conditions of their Appointment and factors constituting failure to meet inflation target under the MPC Framework have also been notified on June 27, 2016," the statement said.

MPC will have a mandate to bring retail or Consumer Price Index-based inflation to a pre-set target. "With a view to maintain price stability, while keeping in mind the objective of growth, the Reserve Bank of India Act, 1934 (RBI Act) has been amended by the Finance Act, 2016 to provide for a statutory and institutionalised framework for a Monetary Policy Committee (MPC)," the statement said.

A Committee-based approach, it said, "will add lot of value and transparency to monetary policy decisions".

"These three Members of MPC will be experts in the field of economics or banking or finance or monetary policy and will be appointed for a period of four years and shall not be eligible for re-appointment," it said.

The meetings of MPC will be held at least four times a year and it will publicise its decisions after each meeting.

Each member shall have one vote and in the case of a tie, the Governor shall have the casting vote. Every six months, RBI will publish the Monetary Policy Report explaining sources of inflation and its forecast for 6-18 months. If RBI for some reason fails to meet inflation target, it shall give reasons in the report thereof, remedial actions as well as estimated time within which the target will be achieved.