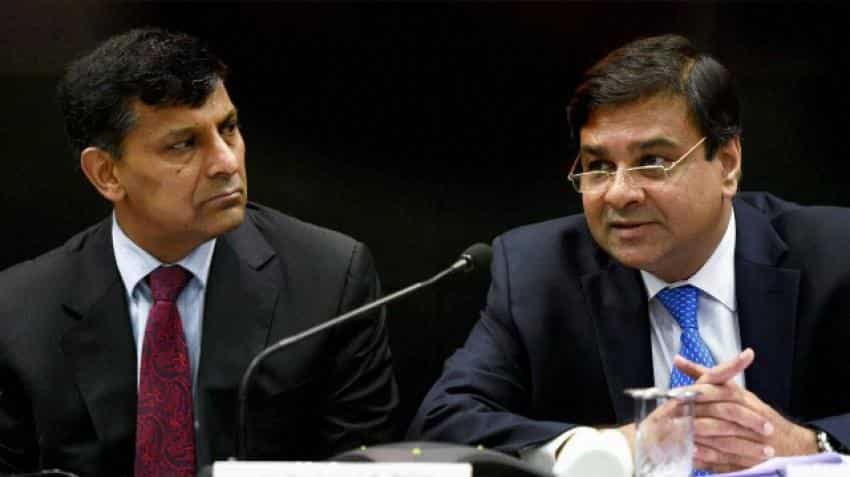 Urjit Patel will take over as the 24th governor of the RBI on September 4 when incumbent Raghuram Rajan steps down. Image Source: PTI
Written By: Pooja Jaiswar
RELATED NEWS

Banks have been reluctant in cutting their lending rates for quite sometime.

Even occasional coaxing in the post monetary policy press meets by the outbound Governor Raghuram Rajan, steps taken by him to make it easier for banks to cut rates, haven't yielded results that he is satisfied with.

First, it was higher key policy rates that was thwarting the banks from cutting their interest rates. Then, when Rajan started cutting rates, tight liquidity was cited to explain poor transmission.

A Reuters report said that convincing the banks to cut interest rates would be one of the biggest challenges for the incoming central bank governor Urjit Patel.

Patel, currently a deputy governor at the RBI, in charge of the monetary policy, will take over as the next central bank head once Rajan steps down on September 4. The Finance Ministry made the announcement on Saturday, putting an end to some long-standing speculations about who will fill the chair.

Rajan, by the end of his three-year tenure, has managed to improve the liquidity condition in the economy, thereby taking away a major complaint of the banks. To ensure banks transfer the benefit of repo rate cuts to help bring EMIs on loans down, Rajan even announced a shift to Marginal Cost of funds-based Lending Rates (MCLR) regime.

Under MCLR, banks need to consider their marginal cost of funds, or the cost incurred on incremental deposits across different maturities to decide on interest rates.

Since early 2015, Rajan has cut lending rates by 150bps but banks have only cut their interest rates by about half of that, saying they can only manage another 10-15 bps more in the coming months, the Reuters report said.

Three months into the MCLR regime -- it was launched on April 1 this year -- banks have hardly budged on their lending rates.

ICICI Bank and Axis Bank recently cut rates by a measly 5 basis points (bps). So far, Axis Bank has cut its rates the most -- by 30bps. 100 basis points make one percent.

The State Bank of India (SBI), ICICI Bank, HDFC Bank, Bank of Baroda, IDBI Bank, Punjab National Bank, and Syndicate bank have cut their rates only in the range of 5bps - 20bps.

If the central bank brings down its key rate by 50bps, banks are expected to lower their MCLR rates by atleast 25 bps.

Public and private sector banks are mired with pain caused by bad loans. Now it's the impact lower interest rates will have on the balance sheets that is keeping banks from cutting rates.

"I have to look at my profitability as that is the only matrix that anyone cares about," a senior banker at a major state-run lender told Reuters. "My NPA (non-performing asset) cost is already eating into my net interest margin, so I have to make that up somewhere."

Rajan is expected to tweak the MCLR to make it even more simpler for banks. The RBI cannot unilaterally force banks to lower lending rates, the Reuters report said.

Patel assumes office on September 4, it remains to be seen if he can do what the rockstar Governor couldn't – convince banks to cut rates.

"Earlier, some bankers said that it was the lack of liquidity that was holding rates high, now I hear from some that it is fear of the FCNR(B) redemptions that is making them reluctant to cut rates. I have a suspicion that some new concern will crop up once the FCNR(B) redemptions are behind us," Rajan said at his last monetary policy press conference on August 9.

"Urjit Patel’s appointment as the next RBI governor signals a strong likelihood of policy continuity. The positive transformation set in motion by governor Rajan, starting with the recognition of the problems associated with both high inflation and weak bank balance sheets, is not yet complete. Having served as deputy governor in the past three years, Urjit Patel is well-positioned to further institutionalize these policy changes in the period ahead.

"From a rating perspective, policies are more important than personalities. A central bank governor doesn’t need to have a rockstar status to be successful in reigning in inflation or cleaning up the banking sector," Fitch Ratings said.