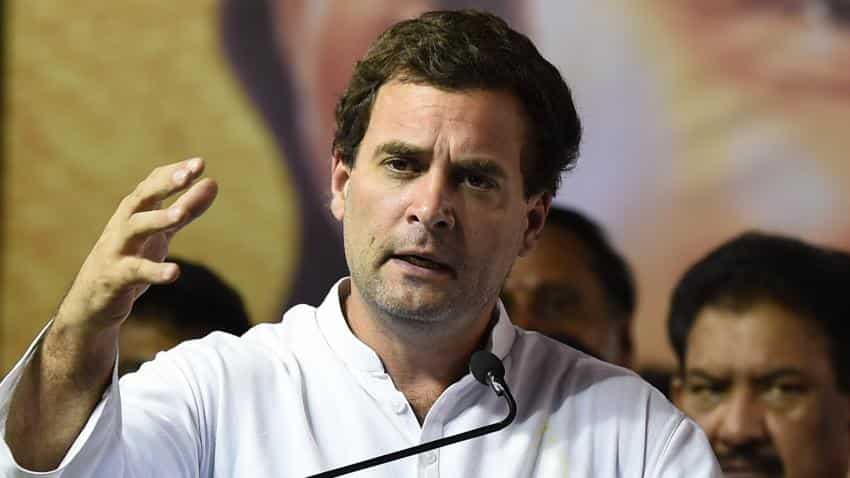 Indian National Congress vice president and MP Rahul Gandhi has demanded 18% cap on the GST tax rate ahead of the GST Council's third meeting which begins from Tuesday.

The official Twitter handle of Gandhi's office said,"As the GST Council begins its deliberations today I want to stress again that an 18% cap on the GST rate is in everybody's interest."

Gandhi said, "Since 2005, Congress Party has wanted a GST that is not only pro-industry and pro-trade but also non-inflationary for common people especially the poor."

"As an indirect tax GST affects rich and poor alike. I urge GST Council to keep the rate at 18% or lower so that the poor are not unduly burdened!," he further tweeted.

As an indirect tax GST affects rich&poor alike.I urge GST Council to keep the rate at 18% or lower so that the poor are not unduly burdened!

According to IANS news report, the Goods and Services Tax (GST) Council will meet in New Delhi on October 18 to decide on key issues such as GST rates, service tax assessments and compensation to states by the Centre. The meeting will last till October 20.

The GST Council in its third meeting will decide on the tax rate, will recommend the taxes to be subsumed and exempted from GST, the rates of taxation and the model central, state and integrated GST laws, cited the IANS report.

It will also decide the threshold for levy of the tax, and the dispute resolution mechanism, among other important issues, it said.

On its second meeting on September 30, the council had approved rules for registration, payments, returns, and refunds under the GST regime, the news report said.

Following the first meeting of the council on September 22, Jaitley had said there was two months' time till November 22 "to resolve all the outstanding issues" on implementing GST.