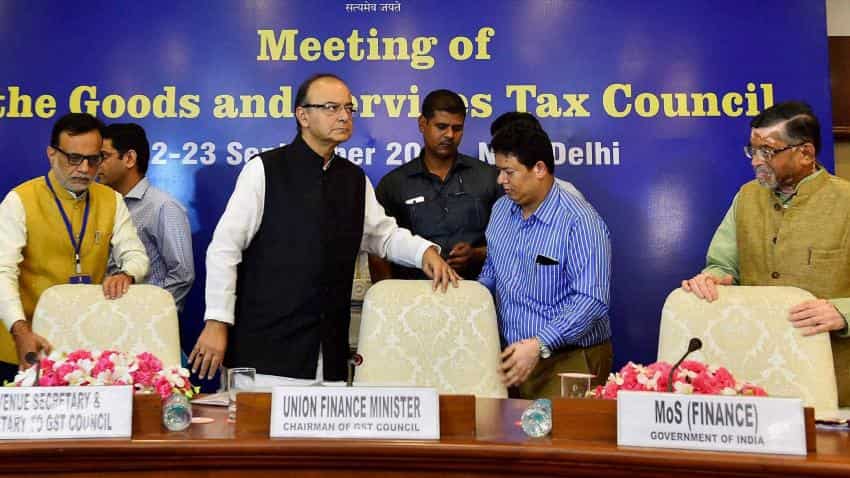 For hill states and the north east the threshold exemption will be at Rs 10 lakh. Image Source: PTI
Written By: ZeeBiz WebTeam
RELATED NEWS

In its second meeting, the GST Council finalized the threshold for exemption limit for the application of Goods and Service Tax (GST) for states at Rs 20 lakh.

Sources told us that the apex decision making body on GST had decided to set the exemption threshold for the hill states and the North-Eastern states at Rs 10 lakh.

Earlier Rs 25 lakh was being considered for GST threshold, and Rs 5 lakh for the North-Eastern states.

Another point of contention was also taken up in the meeting held on Friday -- compensation to states. Sources said that the base year for calculation of compensation would be 2015-2016, with dual control exercised by state officers on companies with a turnover below Rs 1.5 crore that will be assessed by them.

The Finance Minister and chairman of the GST Council, Arun Jaitley, said that all the cesses will be subsumed under the GST, PTI reported.

The Council will meet again on September 30 to draft rules and deliberate the details about the exemptions.

The Council stated that the exemption list will be further cut down to 90 items from the current one which is around 300 goods and services of central list.

The GST Council met for the first time on Thursday and had failed to reach a consensus on the exemption limit but agreed to roll out GST from April 1, 2017.