After the ninth day of the release, the movie has crossed the mark of Rs 150 crores and have approximately earned Rs 153.30 crores. The film also stars Jacqueline Fernandez, Sonakshi Sinha, Anil Kapoor, Daisy Shah and Bobby Deol. 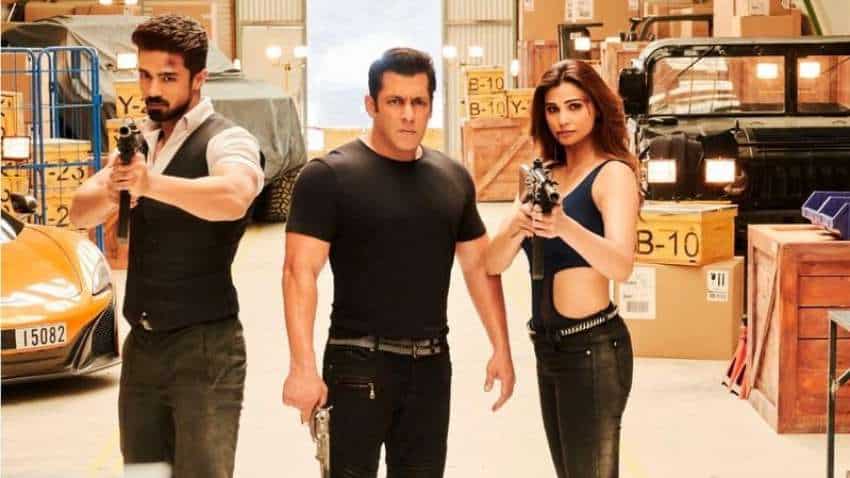 Race 3 had a budget of 100 Crores and has now become a hit by crossing over Rs 150 Crores. Image source: Reuters

Race 3 box office collection: Salman Khan starrer released on June 15 became the highest Hindi opener of 2018. Unlike Friday it showed some growth on Saturday and earned approximately Rs 5.50 crore. On Friday its collection dropped down to Rs 3.30 crore. After the ninth day of the release, the movie has crossed the mark of Rs 150 crores and have approximately earned Rs 153.30 crores. The film also stars Jacqueline Fernandez, Sonakshi Sinha, Anil Kapoor, Daisy Shah and Bobby Deol.

Race 3 release date coincided with Eid festival, which was as expected one of the pattern that Salman Khan follows for his many movies. Race 3 current collection now takes on Baaghi 2 which has managed to highest collector so far in 2018. With Rs 153 collection, Salman Khan's Race 3 is nearing Tiger Shroff and Disha Patani starrer Baaghi 2 which has managed to earmark up to Rs 158.60 crore. However, both Race 3 and Baaghi 2 are still faraway from Hollywood's Avengers 3 collection which was massive at Rs 224.08 crore in India.

Race 3 went well in the first week of the release despite negative reviews from critics and audience. Now, the movie is expected to cross the mark of Rs 175 crore as there are no big releases until Rajkumar Hirani's 'Sanju' that stars Ranbir Kapoor. Sanju movie which is based on actor Sanjay Dutt's life story, is going to be released on June 29 and how this move performs will be keenly watched.

Coming back to Race 3, there was a boost in the box office collection of this move on Saturday.

For now, Race 3 has crossed the lifetime collection of Salman Khan's big hit Bodyguard (Rs 149 crore) and Dabang 2 (Rs 156 crore) would be crossed today. Both the movies were released seven years ago so, the value perspective is much higher compared to now.

As far as releases of 2018 are concerned Race 3 has done well. Can this move earmark Rs 200 mark will be keenly watched in the midst of 'Sanju' movie release. It needs to noted that, getting a Rs 200 crore mark is not a difficult task for Salman Khan as he has the potential of even more than this level. His movies like Bajrangi Bhaijaan and Tiger Zinda Hai has given him best collection of over Rs 500 crore and Rs 200 crore respectively.

This week stands as a deciding week to know if Salman Khan starrer is going to hit the mark of Rs 200 crore.

Race 3 had a budget of 100 Crores and has now become a hit by crossing over Rs 150 Crores.